US to sign global treaty against ocean plastic pollution 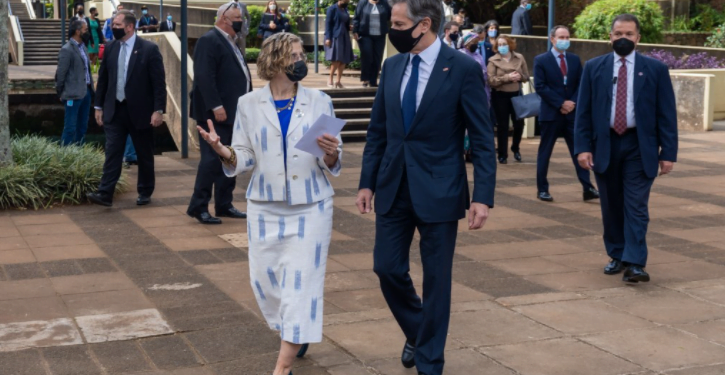 During a visit to Kenya the US Secretary of State Antony Blinken formally announced US support for a world-wide agreement to “combat ocean plastic pollution” at the UN Environmental Assembly next year.

While more than two thirds of countries have come out in support of starting negotiations for a new global plastics agreement, the U.S. has been noticeably absent in its position on the issue until now.

However, during a recent visit to Kenya, US Secretary of State Blinken said Washington will push for a global agreement to “combat ocean plastic pollution” at the UN Environmental Assembly next year.

…as US Secretary of State Antony Blinken posted on Twitter.

For the records, about eight million tonnes of plastic end up in the oceans each year, killing or injuring one million birds and more than 100,000 marine mammals, according to UN figures.

“So today, we’re stepping up, stepping up our efforts to tackle another pollutant that threatens our planet — plastic — by announcing the United States’ support for multilateral negotiations on a global agreement to combat ocean plastic pollution by launching these negotiations at the UN Environmental Assembly February 2022, our goal is to create a tool that we can use to protect our oceans and all the lives that they sustain from the growing global harm of plastic pollution,”… Blinken said.

In light of the above, Environmental Investigation Agency (EIA) welcomed the movement towards a treaty on plastic pollution, while it will now be working through its advocacy channels to ensure that the U.S demonstrates their level of commitment by co-sponsoring the draft resolution from Rwanda and Peru under consideration at UNEA-5.2, which proposes a comprehensive and ambitious approach that addresses the full lifecycle of plastics.

The plastic pollution crisis will not be addressed without bringing the major producing, consuming and exporting countries to the negotiating table.