US to review heavy icebreaker program 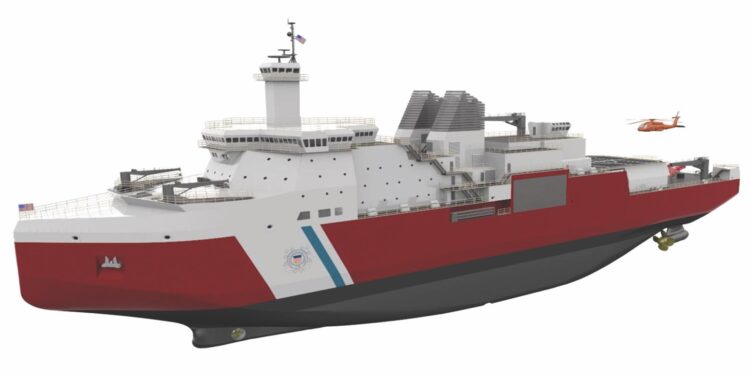 The White House released a memo ordering the Coast Guard and other federal agencies to review the planned Polar Security Cutter fleet, a year after awarding the first-in-class icebreaker contract.

President Donald Trump directed the leadership of the Coast Guard to work with the Navy, the Office of Management and Budget, Department of Commerce, the Department of Energy to create a review of the Polar Security Cutter program and its ability to operate in the Arctic and Antarctic. A report is due back to the White House in 60 days.

To help protect our national interests in the Arctic and Antarctic regions, and to retain a strong Arctic security presence alongside our allies and partners, the United States requires a ready, capable, and available fleet of polar security icebreakers that is operationally tested and fully deployable by Fiscal Year 2029

The Coast Guard’s proposed Fiscal Year 2021 budget requests $555 million to construct a second heavy icebreaker, and permission to reprogram $70 million from another program to continue funding the heavy icebreaker program.

Construction of the first PSC is planned to start in 2021. Delivery is planned for 2024, according to a March Congressional Research Service report. The Coast Guard’s original schedule expected to deliver a new PSC every other year after the lead icebreaker. The CRS team considers this schedule optimistic, but if the USCG stays close to the plan, the service could have the first three PSC’s delivered by 2029.

Trump wants the Coast Guard to evaluate the possibility of leasing heavy icebreakers until the fleet is operational.

Providing stable funding for the PSC and allowing enough time for the Coast Guard and shipbuilder to test new technologies on the cutter were also among the CRS team’s primary concerns when it comes to keeping the program on a tight build schedule.

Moreover, Trump wants the US Coast Guard to review the capabilities currently contracted for the new icebreaker fleet, including the cutters’ ability to support unmanned aviation, surface and undersea systems, space systems and other command and control systems. The assessment should also evaluate adding defensive armament to the design.

Trump’s memo also wants the study due in 60 days to provide information about harbors to base and support the PSC fleet. Two U.S. bases and at least two international bases are to be considered. Currently, the closest U.S. deep-draft port to the Arctic is Dutch Harbor, more than 800 miles from the Bering Strait.