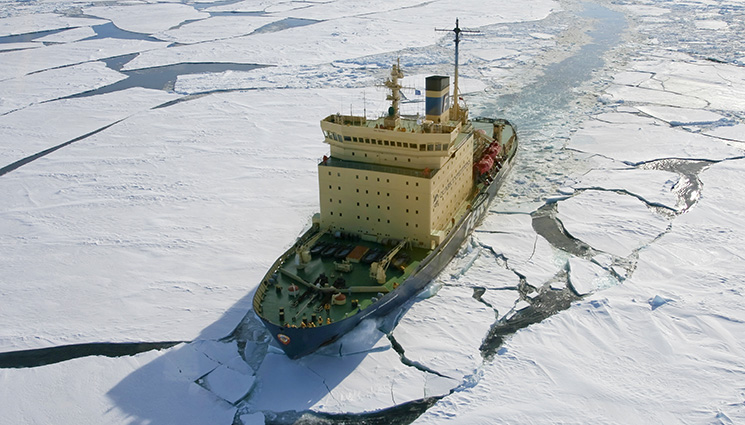 Three US Senators introduced legislation to urge the US to prioritize emerging opportunities in the Arctic for maritime transportation, and ensure that increased Arctic shipping proceeds safely and securely.

Once established, the committee would be comprised of 15 members, tasked with developing a set of policy recommendations to enhance the US' leadership role in improving the safety of maritime transportation in the Arctic Region.

The bill also affirms that if a Special Representative for the Arctic Region is appointed by the Secretary of State, the representative will facilitate multilateral dialogues with the Arctic Council and encourage cooperation on Arctic maritime transportation, as well as coordinate any plan recommendations by the Advisory Committee.

However, these new conditions create substantial ecological risk in the form of oil spills and invasive species in the fragile Arctic environment, which makes environmental groups and some operators reluctant.

Recently, under a new pledge, Nike and and nonprofit environmental group Ocean Conservancy teamed up to launch the Arctic Shipping Corporate Pledge, a voluntary commitment by consumer goods and shipping logistics companies to not send ships through the Arctic.

With environmental changes opening sea routes potentially year-round and an increased global interest in the area, we continue to see greater opportunities but also greater challenges in the Arctic. It’s imperative that the US maintains its leadership role in this region of global importance. This bill helps us address some of the needs and challenges in the Arctic, by prioritizing the safety and management of the region. As we see increased activity in the Arctic, we must be proactive in developing a strategic plan to support safe maritime transportation in the region,