US progress on national plan for Arctic 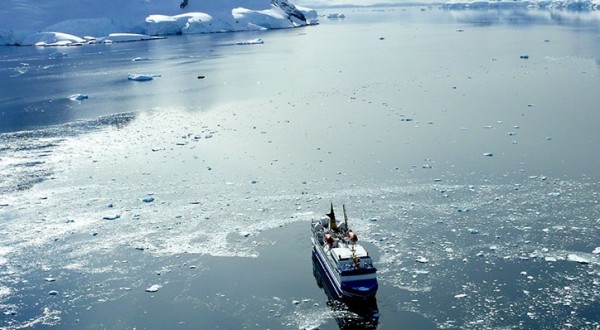 The Obama administration released a report highlighting progress made by the federal government in the Arctic during 2014. In recognition of the Arctic’s importance to the nation, the President released The National Strategy for the Arctic Region in May 2013. This Strategy addressed a wide range of issues in the Arctic, including: national security, transportation, renewable and non-renewable energy development, increased maritime traffic, environmental stewardship, and research.

The President followed the Strategy with an Implementation Plan in January 2014, which directs federal departments and agencies to complete specific milestones for the National Strategy over the next 10 years. To maintain transparency in Arctic activities, the Administration is releasing an annual report that demonstrates progress on the goals that were laid out in the Implementation.

The Arctic has critical long-term strategic, ecological, cultural, and economic value. It is imperative that we continue to protect our national interests in the region. These interests include: national defense; sovereign rights and responsibilities; maritime safety; energy and economic benefits; environmental stewardship; promotion of science and research; and preservation of the rights, freedoms, and uses of the sea as reflected in international law.

1. Promote International Law and Freedom of the Seas

The United States continued to assert its freedom-of-navigation interests consistent with customary international law as reflected in the Law of the Sea Convention. In accordance with international law, Federal agencies conducted military exercises and operations in the Arctic.

The United States continued to ensure freedom of navigation interests were preserved as the International code for Ships Operating in Polar Waters – the Polar Code – was developed at the International Maritime Organization and in Arctic Council working groups and task forces affecting shipping.

2. Ensure the Safe and Responsible Development of Non-Renewable Energy Resources

To improve and enhance performance and efficacy in Arctic conditions, the Bureau of Safety and Environmental Enforcement, in coordination with other agencies, continued to fund oil spill response research and response preparedness planning for all aspects of spill response. This research can be found on the Internet (www.bsee.gov/Research-andTraining/Oil-Spill-Response-Research/Categories/Arctic-Oil-Spill-Response-Research/) and includes:

NOAA identified a base set of criteria for incorporation into the annual Arctic report card. The report card, which considers a wide range of environmental observations throughout the Arctic, is a timely and peer-reviewed source for clear, reliable and concise environmental information on the current state of different components of the Arctic environmental system relative to historical records.

4.Reduce Black Carbon in the Arctic

Through the Arctic Council’s Task Force on Black Carbon and Methane, the United States coordinated with the other Arctic states to complete a voluntary framework for a set of actions addressing these short-lived climate forcers. The framework establishes a process by which, for the first time, all Arctic states will submit black carbon emission inventories and national reports on policies, programs, and best practices to address black carbon and methane. The task force anticipates the framework will be a key deliverable for the April 2015 Arctic Council Ministerial meeting in Canada. Once delivered, an expert group will review collective progress and report findings and recommendations for consideration.

The United States successfully championed the approval and adoption of Polar Code amendments to the International Convention for the Safety of Life at Sea (SOLAS) by the International Maritime Organization (IMO) Maritime Safety Committee (MSC), and approval of amendments to International Convention for the Prevention of Pollution from Ships (MARPOL) by the IMO Marine Environment Protection Committee (MEPC). The MEPC is expected to adopt the Amendments to MARPOL in early 2015. Once adopted, the Polar Code should enter into force in 2017.

Further information may be found by reading the Implementation Report

In the start, I was open with you propecia before and after has changed my being. It has become much more fun, and now I have to run. Just as it is incredible to sit.