US Navy to install first 3D-printed metal part on warship 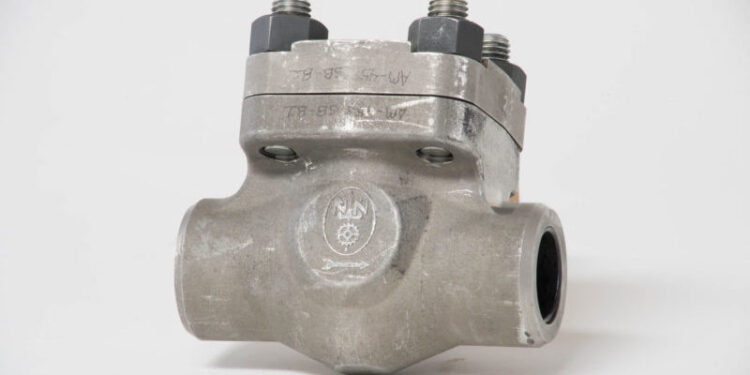 This drain strainer orifice system, a prototype, is a steam system component that permits drainage and removal of water from a steam line while in use. A version of this is approved as the first metal part created by additive manufacturing for shipboard installation and will be installed aboard the aircraft carrier USS Harry S. Truman (CVN 75) in fiscal year 2019/ US Navy photo courtesy of Newport News Shipbuilding by Ricky Thompson

On 11 October, the US Naval Sea Systems Command (NAVSEA) announced approval of the first metal part created by additive manufacturing (AM) for shipboard installation. A prototype drain strainer orifice (DSO) assembly will be installed on USS Harry S. Truman (CVN 75) in fiscal year 2019 for a one-year test and evaluation trial. The DSO assembly is a steam system component that permits drainage/removal of water from a steam line while in use.

This install marks a significant advancement in the Navy’s ability to make parts on demand and combine NAVSEA’s strategic goal of on-time delivery of ships and submarines while maintaining a culture of affordability. By targeting CVN-75 [USS Harry S. Truman], this allows us to get test results faster, so—if successful—we can identify additional uses of additive manufacturing for the fleet,

The test articles passed functional and environmental testing, which included material, welding, shock, vibration, hydrostatic and operational steam, and will continue to be evaluated while installed within a low temperature and low pressure saturated steam system. After the test and evaluation period, the prototype assembly will be removed for analysis and inspection.

While the Navy has been using additive manufacturing technology for several years, the use of it for metal parts for naval systems is a newer concept and this prototype assembly design, production, and first article testing used traditional mechanical testing to identify requirements and acceptance criteria. Final requirements are still under review.

Specifications will establish a path for NAVSEA and industry to follow when designing, manufacturing and installing AM components shipboard and will streamline the approval process. NAVSEA has several efforts underway to develop specifications and standards for more commonly used additive manufacturing processes,