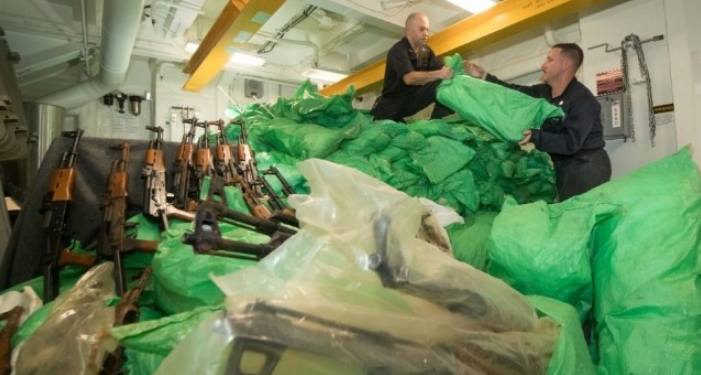 The count follows an initial estimation of over 1,000 rifles. The skiff was  stateless after a flag verification boarding. The origin and intended destination of the skiff have are unknown.

The seizure also comes after four weapons seizures in 2015 and 2016 accomplished by Combined Maritime Forces and U.S. 5th Fleet assets.

The UK-based investigative organization Conflict Armament Research studied and linked three of the caches to weapons that possibly derive from Iranian stockpiles.

Based on an analysis of all available information, including crew interviews, a review of onboard records and an examination of the arms aboard the vessel, the US concluded that the arms from the four interdictions in 2015 and 2016 originated in Iran and were intended to be delivered to the Houthis in Yemen in contravention of United Nations Security Council Resolution 2216.