US natural gas prices to reach a record high in 2018 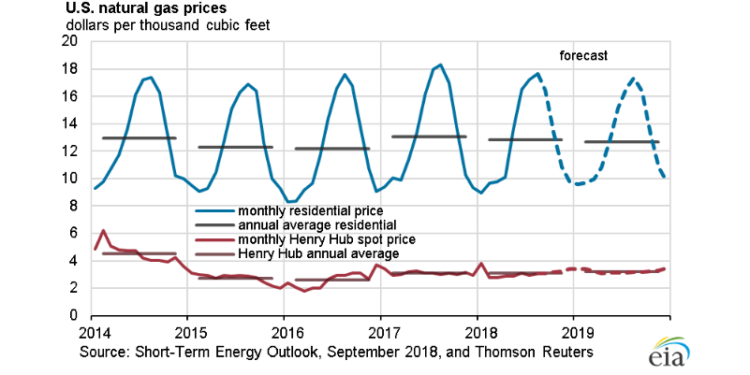 Dry natural gas production in the US is forecast to average 81.0 billion cubic feet per day Bcf/d in 2018, up by 7.4 Bcf/d from 2017 and establishing a new record high, according to EIA’s short-term energy outlook, which foresees natural gas production will continue to rise in 2019 to an average of 84.7 Bcf/d.

NYMEX futures and options contract values for December 2018 delivery that traded during the five-day period ending September 6, 2018, suggest a range of $2.31/MMBtu to $3.77/MMBtu encompasses the market expectation for December Henry Hub natural gas prices at the 95% confidence level.