US Mississippi river has less traffic due to high water 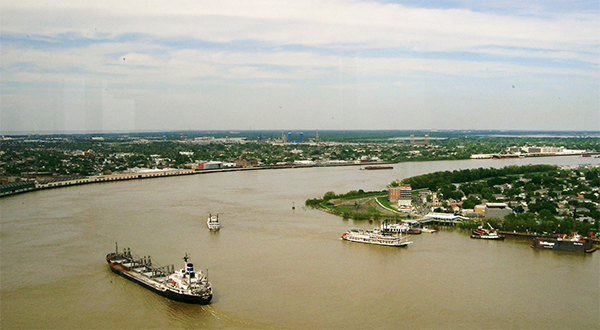 High water on the US Mississippi river keeps on reducing shipping traffic, in light of the flood warning still in effect for river areas north of St Louis, Missouri, limiting the size of tows in New Orleans, Louisiana and making the discharge conditions of import vessels difficult, reports ICIS author, Lane Kelley.

Mainly, the high water on the river, from rain and snow-melting, has also been compounded by the disruption from a mid-March fire at a key storage facility in the Houston, Texas area.

According to sources from the Midwest, the negative effect of the high water on the Mississippi is expected to last until late May or early June. However, a Midwest-based industrial ethanol producer said that while the Mississippi river is high, it is not high enough to cause severe disruptions on all barge traffic on the upper part of the river above St Louis.

In the meantime, feedstock supply issues for AdvanSix and Altivia, two American phenol producers, seem to be improving,

Both of the producers declared force majeure on phenol from Midwestern plants in early March and late February, respectively, because of logistics problems impeding feedstock cumene shipments.

The majeure declarations are to be in force through April. Therefore, the plants are receiving cumene now as the units get up and running again.

Unfortunately, the ethanol producer reported that it is not easy to find product on the lower Mississippi river, as buyers in Texas look for material outside normal channels of distribution.

Meanwhile, the backlog in vessel traffic on the Houston channel, has been reduced to an almost-normal number.

As of mid-morning Friday, there were 18 vessels inbound and 13 vessels outbound on the waterway, which are substantially lower numbers compared to previous reports earlier this month.