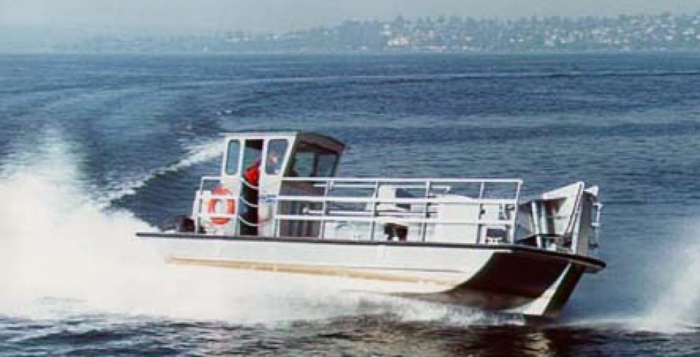 US MARAD to trial autonomous vessel for oil spill response

Equipped with a MARCO filter belt skimmer to recover oil from the surface of the water, the skimming vessel usually operates in coastal or near-shore areas.

As explained, the autonomous system will provide capabilities like remote autonomous control from an onshore location or secondary vessel, collaborative autonomy for multi-vessel operations, and obstacle detection and collision avoidance.

Autonomous technology has the power to not only help prevent vessel accidents that can lead to spills, but can also facilitate better preparedness; aid in safer, efficient, and effective clean-up. We look forward to working closely with MARAD and MSRC in these industry-modernizing exercises,

Sea Machines and MSRC will perform simulated oil spill recovery exercises in the harbor of Portland, Maine on 21 August, before an audience made up of government, naval, international, environmental and industry partners.

Automation seems to gain an increased interest amid the shipping industry, with IMO's latest Maritime Safety Committee (MSC 101) in June approving the framework on the use of Maritime Autonomous Surface Ships (MASS).