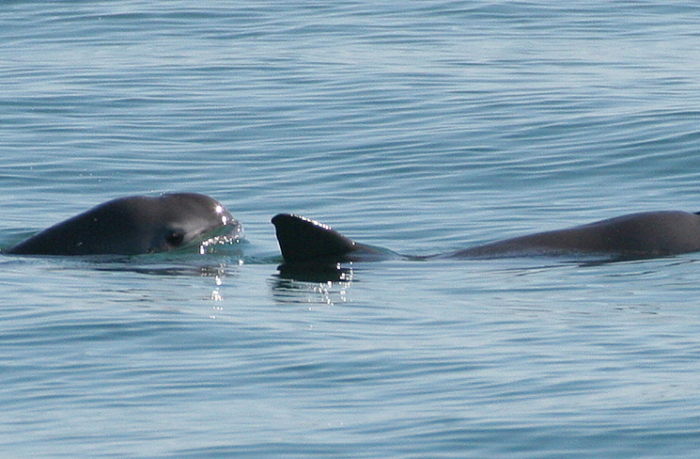 The US Court of Appeals for the Federal Circuit decided to uphold a preliminary order implementing a federal law that requires a ban on seafood imported from Mexico’s Upper Gulf of California and caught with gillnets that drown the vaquita porpoise.

The Earth’s most endangered marine mammals, vaquita porpoises, has won a battle against extinction. A third U.S. court decision kept in place the four-month-old ban on importing Mexican shrimp and other seafood caught with gillnets that drown the unfortunate animal.

Rejecting a Trump administration legal challenge, the U.S. Court of Appeals for the Federal Circuit declined to lift a preliminary order implementing a federal law that requires a ban on seafood imported from Mexico’s Upper Gulf of California and caught with gillnets that drown the vaquita porpoise. Gillnets kill about 50 percent of the rapidly decreasing vaquita population every year.

The federal agencies charged with protecting the vaquita should focus their resources on saving the last of these animals, rather than continuing to lose in the courtroom. Immediate pressure on Mexico to ban all gillnets in the upper gulf and to clear the area of illegal nets is necessary now for the vaquita’s survival.

Conservation groups initially filed suit in the U.S. Court of International Trade in New York City in March and secured a preliminary ban on vaquita-killing imports in July. The departments of Commerce, Treasury and Homeland Security, which are charged with banning imports that are contributing to the vaquita’s extinction, have tried and failed to modify or undue the import ban three times.

The staff attorney also pointed out that the seafood embargo will force Mexico to finally remove dangerous gillnets and save these graceful porpoises before it’s too late.

The decision is critical to the survival of the remaining 15 vaquita. Vaquita can only be found in a small area in the northern Gulf of California. Fishing with gillnets is driving the vaquita to extinction because the small porpoise is easily entangled and drowned in these dangerous nets.

Over the past 20 years, 95 percent of the population has been lost. In recent years, the vaquita’s decline has accelerated. Scientists predict that the vaquita will be extinct soon, possibly even by 2021, if Mexican fishing practices and law enforcement efforts remain unchanged.

Mexico has failed to permanently ban all gillnets in the vaquita’s habitat, despite repeated recommendations by scientists and evidence that the use of gillnets by any fishery, in or near vaquita’s region, will undeniably lead to the species’ extinction.