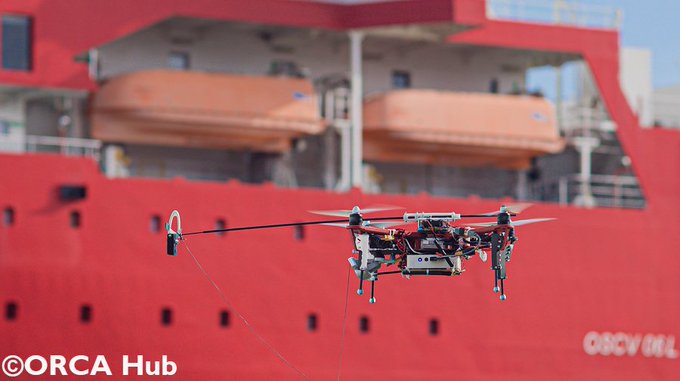 A university alliance, led by the ORCA Hub, presented its 16 autonomous and semi-autonomous robotic solutions at ORE Catapult in Blyth, near Newcastle, that will be used in offshore robotics research.

Robot drones will be a big part of future inspections as they will inspect offshore wind operations and maintenance missions, marking the digitalization in the offshore industry, by mapping and scanning wind turbine blades, and understanding when the robots should be deployed.

Drones are currently used to visually inspect offshore wind turbines, but these inspections are remotely controlled by people on-site at the offshore location. Should an area of concern be found, technicians are required to carry out further inspection, maintenance or repair, often at great heights and therefore in high-risk environments.

Drones and overall technology during offshore investigations plays an important role in safety, as humans will be removed from hard to reach and dangerous work environments. Also, the drones will be used on or around offshore assets for detailed monitoring and it can replace the need for multiple sensors to be used for integrity monitoring on wind turbines.