Union urges for Darwin wharfies release, after no evidence of COVID onboard 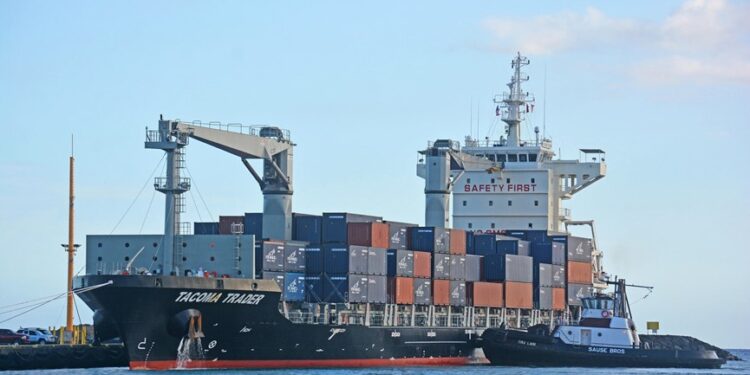 Lawyers for the Maritime Union of Australia have written to NT Health seeking the immediate release of 13 Darwin wharfies from quarantine after authorities in Western Australia found there was no evidence of COVID-19 infections on board the vessel that sparked their detention.

The correspondence to NT Chief Health Officer Dr Hugh Heggie followed the berthing of the Tacoma Trader in Port Hedland, where authorities from the WA Department of Health cleared the vessel to be worked after determining that there was no evidence COVID had ever been present on the vessel.

The MUA said NT Health had made the decision to detain the Darwin wharfies without testing the crew of the vessel at the centre of the alleged biosecurity breach. Subsequent testing, arranged by the vessel’s operator, confirmed the entire crew were free of COVID.

The union is now examining options for a legal challenge against the Northern Territory Government, arguing that there are no reasonable grounds for the ongoing detention of the Linx employees.

Two new ships detained in the UK in June 2021

“It is the union’s position that following the negative COVID tests from the crew of the vessel at the centre of this alleged biosecurity breach, there are no longer any reasonable grounds to justify the ongoing detention of these workers,”

“Given that, our lawyers have requested the Chief Health Officer issue directions enabling the immediate release of our members. When NT Health made the decision to throw these workers in quarantine detention, they didn’t know whether there was COVID onboard this vessel, but now that we have the clear evidence that there was not, there is no justification for keeping them locked up.

This was confirmed when the vessel arrived in Port Hedland, with WA authorities finding no evidence there was ever COVID on the vessel and allowing it to be safely worked using the same practices and PPE our members had been using in Darwin.”

Mr Evans said the Tacoma Trader was due to return to Darwin later this week, but that inconsistent and unclear directions from NT Health threatened to further delay its loading.

“This situation highlights the failings of Australia’s COVID response, with the same vessel able to be safely worked in WA, while workers who stepped foot on it in Darwin are thrown in quarantine detention for two weeks,” he said.

“The Morrison Government has left the COVID biosecurity response to states and territories, but the result of that has been inconsistent rules which make it incredibly difficult for maritime workers to safely do their jobs.

“Until there is a clear, consistent, national approach to the handling of international vessels — including the testing of seafarers — Australia’s supply chains will remain vulnerable to significant disruptions.

“Maritime workers should not go to work fearing that a bureaucratic bungle could see them bundled into quarantine detention by police, and the only way to address that very real threat is with the creation of nationally consistent rules and work practices for all Australian ports.”