Understanding the potential of Hydrogen as a marine fuel

by The Editorial Team
in Fuels, Opinions 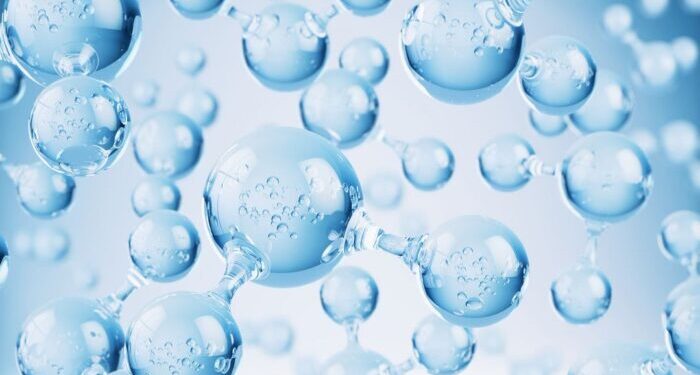 Hydrogen is one of the potentially zero-carbon fuels that is being considered for use in marine applications of the future. Also being considered are ammonia and the production pathways of the two are directly linked. Hydrogen can be produced from a variety of sources, utilizing conventional or renewable energy, which determines the cost of the fuel to the end user as well as its lifecycle carbon footprint.

Hydrogen can be extracted from fossil fuels and biomass or from water, or a combination of the two. Currently, the total energy used worldwide for the production of hydrogen is about 275 million tonnes of oil equivalent, which corresponds to 2% of the world energy demand according to a 2019 estimate by the IEA. Natural gas is currently the primary source of ‘grey hydrogen’ production (around 75%) , which is used widely in the ammonia and methanol industries.

The next largest source (23%) is brown hydrogen produced from coal which is dominant in China. The remaining 2% of global hydrogen production is based on oil and electric power. However, the most interesting option of the future is the production of green hydrogen through electrolysis of water using fully renewable energy.

Currently, its strong dependence on natural gas and coal means that the production of hydrogen is very carbon intensive, ranging between 10 tonnes of CO2 per tonne of hydrogen for natural gas to 19tCO2/tH2 for coal, emissions which can be reduced with the application of carbon capture and sequestration technology.

The extraction of hydrogen from natural gas is accomplished through reformation using three established methods: steam reforming, which uses water as an oxidant and a source of hydrogen, partial oxidation, which uses the oxygen in air in the presence of a catalyst, and autothermal reforming, which is a combination of the first two.

In all cases, syngas (CO + H2) is formed and then converted to hydrogen and CO2 through the water-gas shift reaction. However, in order to reduce the carbon intensity of hydrogen production, biomass can be used for production of syngas though gasification, or renewable electric power can be used to electrolyze water.

Once produced, hydrogen can be stored as a gas or liquid, depending on the amount, storage time and the required discharge rate. Hydrogen use can range from small-scale mobile and stationary applications to large-scale intercontinental trade and these different applications have different storage needs.

The availability and low cost of coal and (historically) of natural gas make the production of hydrogen more economical than using renewable energy, which is reflected in the cost of the finished fuel. The cost of brown and grey hydrogen ranges between $1-4/kg, whereas that of green hydrogen currently ranges between $6-8/kg.

However, the cost of producing green hydrogen has fallen by about 50% since 2015 and this trend is expected to continue in the coming decade as the projects focused on deploying renewable energy for hydrogen production increase. Reducing the cost of green hydrogen to $2/kg can make it competitive for use in the marine sector.

The heating value of hydrogen is the highest among all candidate future marine fuels at 120 megajoules per kg. However, its energy density per unit of volume, even when liquefied, is significantly lower than that of distillates. Compressed hydrogen at 700 bar has only ~15% the energy density of diesel, thus storing the same amount of energy onboard requires tanks to be seven times larger.

This means that compressed or liquefied storage of pure hydrogen may be practical only for small ships that have frequent access to bunkering stations. The deep-sea fleet may need a different medium as a hydrogen carrier, such as ammonia or Liquid Organic Hydrogen Carriers, to limit significant loss of cargo space.

Ammonia has higher energy density than hydrogen which reduces the size of tanks required, but its advantages need to be weighed against energy losses and additional equipment required for conversion to hydrogen before it is used in the engines or fuel cells according to the IEA’s 2019 analysis.

Alternatively, ammonia can be used directly as a liquid fuel in engines, rather than as a hydrogen carrier, and reducing the size of the tanks needed for hydrogen storage is an active research topic. the potential for hydrogen storage in solid-state materials such as metal and chemical hydrides is in the early stages of development, but it can also enable higher density of hydrogen to be stored at atmospheric pressure.

The cost of Hydrogen bunkering facilities is expected to be higher than that of LNG facilities, primarily because of the higher cryogenic storage requirement of liquid hydrogen and the materials required for tanks, pipes, and seals. Hydrogen is stored as a compressed gas at 350-700 bar or as a cryogenic liquid at -253˚C, by comparison, LNG is stored at -160˚C. The main cost components are therefore storage and bunker vessels, which need to be scaled based on the number of ships serviced.

On-site availability of hydrogen would be needed for small ports given the lower flows and high cost of dedicated hydrogen storage and pipelines. However, ship and infrastructure costs are a relatively small fraction of total shipping costs over a 15-20 year lifespan, with the fuel cost being the primary factor according to the IEA.

Developing the hydrogen economy has been seen by policy-makers and regulators as well as leaders in the energy and transport sectors as the potential long-term solution to provide a sustainable and clean energy future.

As is clear, while interest is increasing, this will require the production of hydrogen from clean, renewable sources and the commercialization of fuel cell technology. Thus, fuel supplied directly from hydrogen sources, rather than through the reforming of other hydrogen carriers is the preferred option to produce a sustainable fuel for the shipping industry.

Sotirios Mamalis will present to Day Two (February 10) of the upcoming IMO Symposium on alternative low-carbon and zero-carbon fuels on Hydrogen as Marine Fuel – Infrastructure and Fuel Supply Challenges. For more information and to register, please visit: https://imo-newsroom.prgloo.com/news/symposium-on-alternative-low-carbon-and-zero-carbon-fuels-9-and-10-february-2021.