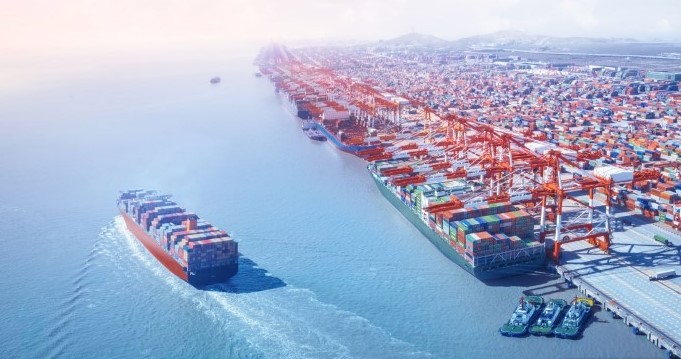 Above image is used for illustration purposes only / Credit: UNCTAD

According to Ms. Grynspan Supply chain disruption during the pandemic is a reminder of the inherent inequity in global trade. In fact, while UNCTAD accurately projected that supply challenges would increase consumer prices by 1.5%, among small island developing states (SIDS) the average figure is five times higher.

In fact, supply chain disruption and the boom in demand that has driven up freight rates represent a “double shock” to developing countries.

Their wide role in manufacturing places exposes them to high transport costs over and over, whether exporting low-value consumer goods or contributing components to globalised supply chains for technology products

Part of the solution could be to improve regional value chains through trade pacts, which can ensure that small firms cooperate to reduce transaction costs and benefit from economies of scale.

In addition, Ms. Grynspan stated that manufacturing in developing economies also needs long-term financing. Without it, firms may be unable to tap into value chain opportunities or scale up production when demand rises.

Another concern would be food security, which is driven by the destruction of ports and infrastructure in Ukraine, rising congestion and the rising costs of shipping.

UNCTAD suggests that current market disturbances may be felt through 2023. Countries with a large share of small-scale farmers will be particularly exposed to any trade disruption around agricultural products

Developing countries also find themselves in a difficult position regarding climate change. The same countries that are most affected are also likely to be those most negatively affected by mitigation measures, which again could lead to higher transport costs and lower connectivity.

According to Ms. Grynspan, costing emissions into economic activity will be crucial in minimizing inequity caused by climate change and measures to abate it. However, UNCTAD’s  Secretary General is encouraged by ICS’ global carbon levy proposal, and by the support for a levy expressed by signatories to the Dhaka-Glasgow Declaration, including more than 50 SIDS and least developed countries.

Such a mechanism can be an important step to channel support to these most vulnerable economies. The container shipping industry is expected to generate a combined profit of up to US$200 billion in 2022. This money needs to be invested wisely into the long-term sustainability of maritime transport, including in the most vulnerable economies, and in the energy transition

However, Grynspan worries that uncertainty will lead to delayed investment from shipping companies, leading to continued capacity constraints and thus greater delays and high freight rates.