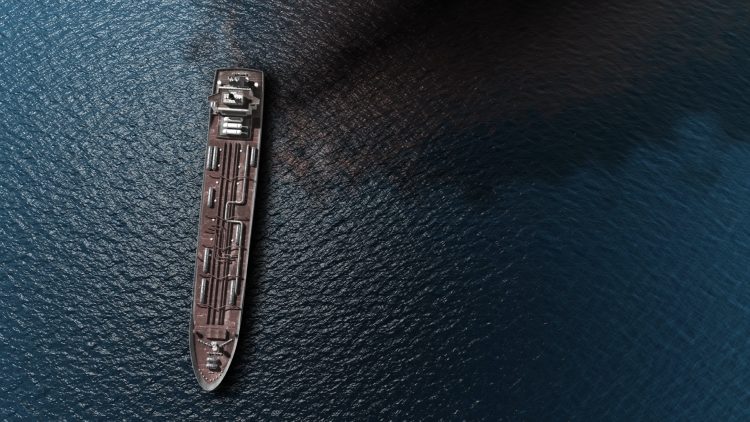 The above image is used for illustration purposes only / Credits: Shutterstock

The United Nations urges to raise $80M in order to prevent an oil tanker off the west coast of Yemen exploding and causing an environmental disaster.

The UN will try to offload more than 1.14m barrels of oil that have been sitting in the decrepit cargo ship, the 376-metre-long vessel FSO Safer, for more than 6 years because of an impasse between Houthi groups and the Saudi-backed government over ownership and responsibility.

According to expert engineers and environmentalists, the ship is an unexploded timebomb capable of causing an ecological disaster. As the UN estimates, if the ship’s cargo is unleashed into the Red Sea, more than 200,000 fishermen would lose their jobs and $20bn would be required for a clean-up operation.

For this reason, an international donor conference will aim to raise the required $80m to offload the light crude oil, says The Guardian. The plan is the brainchild of the UN resident coordinator and humanitarian coordinator for Yemen, David Gressly, who claims it has the support of the Saudi-backed and Houthi-backed governments.

To remind, a memorandum of understanding (MoU) was signed by the Houthis on 5 March that allows the UN to transfer about 1.1m barrels of oil from the vessel, which is stranded 8km off Ras Isa port on Yemen’s Houthi-held west coast.

…in March, a UN-led mission to the Ras Isa peninsula confirmed that the 45-year-old supertanker is rapidly decaying. It is at imminent risk of spilling a massive amount of oil due to leakages or an explosion

While some may question the $80m price tag of the UN-mediated plan to address the threat posed by the FSO Safer, the costs of inaction – which start at $20bn for managing the consequences of a catastrophic spill – are far, far greater

…Doug Weir at the Conflict and Environment Observatory, said.

The world has watched this situation grow more dangerous with every passing month, and it’s vital that donors provide the money that is needed to allow this urgent plan to proceed this summer

Greenpeace said the UN plan must be implemented before October, “when the wind and the currents will be too dangerous and hinder any rescue operation. Lack of funding cannot be an excuse to fail.”

FSO Safer’s engines have not been started for several years, and the structure has been exposed to humidity and corrosion with little or no maintenance.

In case of a major spillage, the ports of Hodeidah and As Salif would immediately close. To remind these two ports are critical for commercial imports and the provision of life. Depending on the season and prevailing wind and currents, the environmental impact could hit Saudi Arabia, Eritrea, Djibouti and Somalia, as well as disrupt shipping through the Bab al-Mandab Strait and the Red Sea.