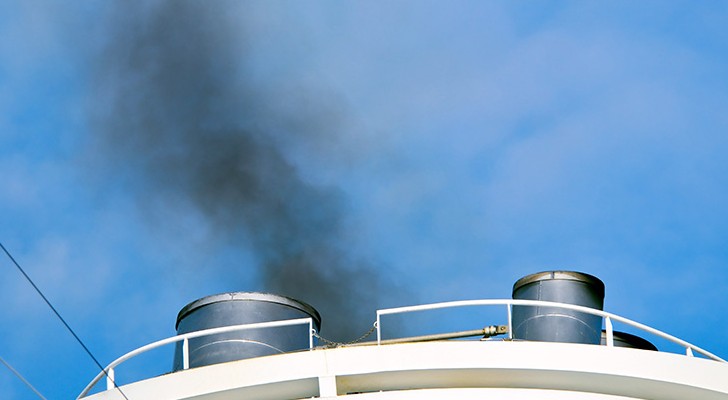 The UN’s top climate official has praised nations across the globe for acting swiftly to bring the landmark Paris Climate Change Agreement into force.

“This is a truly historic moment for people everywhere. The two key thresholds needed for the Paris Climate Change Agreement to become legal reality have now been met,” said Patricia Espinosa, Executive Secretary of the UN Framework Convention on Climate Change (UNFCCC).

“The speed at which countries have made the Paris’s Agreement’s entry into force possible is unprecedented in recent experience of international agreements and is a powerful confirmation of the importance nations attach to combating climate change and realizing the multitude of opportunities inherent in the Paris Agreement,” she said.

In a statement issued before the threshold for ratification of the Paris Agreement was crossed, UN Secretary-General Ban Ki-moon said:

"Strong international support for the Paris Agreement entering into force is testament to the urgency for action, and reflects the consensus of governments that robust global cooperation is essential to meet the climate challenge."

The Paris Agreement was adopted in Paris, France at the UN climate conference in December 2015. In order to enter into force, at least 55 Parties accounting for at least 55 per cent of global greenhouse gas emissions were required, with the Agreement then entering into force 30 days later. The UNFCCC secretariat tracker  shows that the number of Parties that have ratified, accepted, or approved the Agreement now covers over 55% per cent of global greenhouse gas emissions. This includes the biggest and smallest emitters, the richest and the most vulnerable nations.

“Above all, entry into force bodes well for the urgent, accelerated implementation of climate action that is now needed to realize a better, more secure world and to support also the realization of the Sustainable Development Goals,” Ms. Espinosa said.

“It also brings a renewed urgency to the many issues governments are advancing to ensure full implementation of the Agreement. This includes development of a rule book to operationalize the agreement and how international cooperation and much bigger flows of finance can speed up and scale up national climate action plans,” she added.

Given that the count-down to entry into force has now been formally triggered, the CMA will take place at the upcoming annual UN climate conference, known as COP22, in Marrakesh, Morocco from November 7-18. Precise dates will be announced in the coming days.

Moreover, the Intended Nationally Determined Contributions (INDCs) – national climate action plans - of Parties which have joined or subsequently join the Agreement transform into Nationally Determined Contributions (NDCs), which can always be resubmitted as more ambitious plans at any point. A key feature of the Agreement is that these plans can be strengthened at any time but not weakened.

“Climate action by countries, companies, investors and cities, regions, territories and states has continued unabated since Paris and the full implementation of the agreement will ensure that this collective effort will continue to double and redouble until a sustainable future is secured,” said Ms Espinosa.

Governments will also be obligated to take action to achieve the temperature goals enshrined in the Agreement – keeping the average global temperature rise from pre-industrial times below 2 degrees C and pursuing efforts to limit it to 1.5 degrees. The fact that somewhere around one degree of this rise has already happened and global greenhouse gas emissions have not yet peaked underlines the urgency of implementing the Paris Agreement in full.

Another key milestone will be the successful conclusion of negotiations to develop the Paris Agreement’s implementation rule book. Completion of what is, in effect, a global blueprint for reporting and accounting for climate action, need to be completed as soon as possible.

Countries are also not starting from scratch. The many successful models and mechanisms for international climate cooperation set up under the UNFCCC over the past two decades, including the Kyoto Protocol, have built up a deep level of experience and knowledge on how this can be done effectively.

It is the completed rule book that will make the Agreement work and that will make it fully implementable, setting out the detailed requirements under which countries and other actors will openly report and account for the climate action they are taking in a way which promotes trust and confidence across nations to boost their own comprehensive response to the challenge of climate change.

Another key issue is to ensure that the $100 billion, pledged by developed countries to developing ones, is truly building in the run up to 2020 and that even larger sums are being leveraged from investors, banks and the private sector that can build towards the $5 to $7 trillion needed to support a world-wide transformation.

Securing a world which is safer from the extreme climate change that would undermine any attempt at future sustainable development will still take decades of rising action and constant improvement.

“The entry into force of the Paris Agreement is more than a step on the road. It is an extraordinary political achievement which has opened the door to a fundamental shift in the way the world sees, prepares for and acts on climate change through stronger action at all levels of government, business, investment and civil society,” said Ms Espinosa.