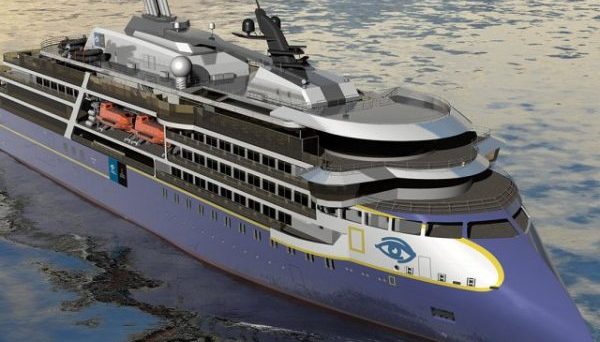 Norwegian Ulstein, held a steel cutting ceremony of its first polar new build, in the Lindblad Expeditions-National Geographic fleet, on Friday, 5 January 2018. The vessel is expected to be ready for its first expeditions in 2020.

The ceremony marks the production start for a newbuild vessel project and was supervised by Janusz Stechly at DNV-GL and yard representatives Ole Osnes Gjerde and Marek Lewczuk.

The expedition cruise ship is designed by Ulstein Design & Solutions AS, aiming to enhance safety. The vessel will incorporate the X-BOW, a bow that can sustain inclement weather.

The order was made in November 2017, and includes a clause for two more ships, which will be delivered in the following years.