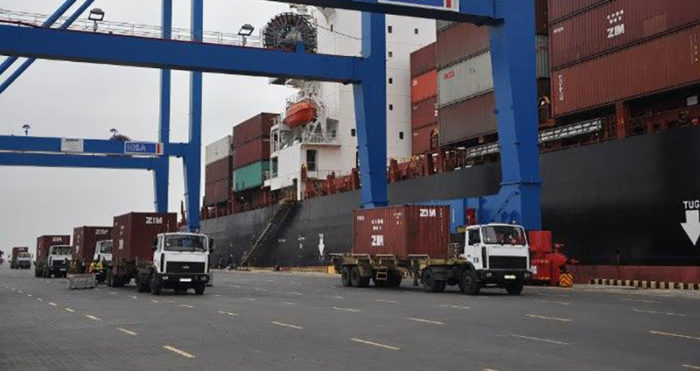 According to a recent statement, the Ukrainian seaports exceeded the volume of container transshipment of 1 million TEU at the end of 2019, for the first time in the last 10 years.

According to the operational data of the Ukrainian Sea Ports Authority (USPA), one million and three and a half thousand TEU containers were handled in the ports for the whole of 2019; this is more than 18% higher than in 2018.

USPA highlights that the transshipment of container cargo in Ukraine shows significant growth for the second year in a row, which is several times higher than the average world figures in the container transport market.

Currently, four private container terminals are successfully operating in Ukrainian ports, which plan to develop their capacities in 2020.

The Head of USPA Raivis Veckagans noted that the corresponding memoranda and agreements were signed between USPA and the subsidiary of the German company ННLА Container terminal Odesa, as well as the third largest container line in the world CMA CGM together with the Ukrainian company Brooklyn-Kiev.

According to the USPA Head, this gives reason to expect further development of container transport, especially due to the transit of containers and the inclusion of Ukraine in the routes of the Chinese Silk Road and the Transport Corridor Europe-Caucasus-Asia (TRACECA)- the first cargo on which was firstly delivered in 2019.

Currently, the leader in transshipment of containers in Ukraine is the terminal of CTO SC in Odesa, followed by another terminal of the Odesa port — Brooklyn-Kiev Port; TIS-CT in the port Pivdennyi and Ilyichivsk Sea Fishing Port in Chornomorsk.

In September, it was announced that the Ukrainian Port of Chornomorsk would be upgraded, receiving a new grain terminal and additional berths; a plan that costs over UAH 3 billion (USD 118.8 million). The dredging operations and the terminal construction are planned to be completed by the end of 2020.

What is more, export and import of containers in the past year were distributed almost equally, 48.6% and 46.8% respectively, due to the advantage of imports.

The positive dynamics of exports is provided by increasing containerization of food and light industry products,  such as the processing of agricultural raw materials such as flour, wheat, peas and textiles.

The growth of container cargo imports is traditionally influenced by the strengthening of the hryvnia, which makes it more attractive to supply food, machinery and electronics, construction materials and other goods from abroad.

The transit of container cargo is still significantly inferior in the volume of imports and exports and is only 46.4 thousand TEU. Yet, in 2019, growth rates registered an increase by 42% compared to the previous year.

In 2019, 15 largest shipping companies, which account for 99.5% of the total volume of containers, carried out ship calls to the seaports of Ukraine. The top three include  Maersk Line, CMA CGM, MSC, which provide more than half of the entire container market in Ukraine (53.5%).