On the aftermath of the imposition of the martial law, foreign vessels heading to Ukrainian ports on the Azov Sea, such as Mariupol and Berdyansk, may be detained in the Kerch Strait for inspection and search. However, this is possibly not the case for vessels heading to Russian Ports, according to data provided by Dias Marine Consulting as cited by the London P&I Club.

The Ukrainian government has imposed thirty days of martial law, starting from 28 November and ending on 27 December, across ten regions of Ukraine bordering Russia to the east and the Black and Azov Seas to the south.

The crisis erupted when border patrol boats from Russia’s FSB security service seized two small Ukrainian armored artillery vessels and a tug boat, after opening fire on them and wounding three sailors on Sunday. The Ukrainian vessels had been trying to enter the Sea of Azov from the Black Sea via the narrow Kerch Strait that separates Crimea from the Russian mainland, according to Reuters. 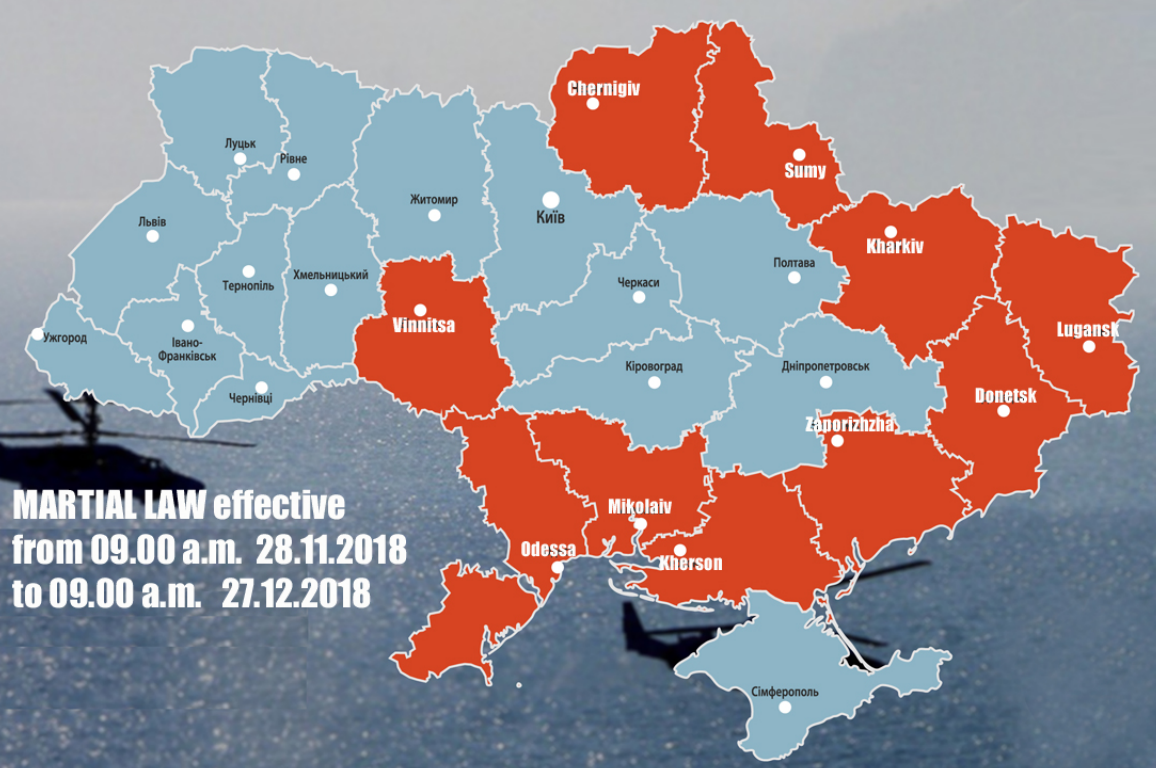 On of the worst aspects of the matter is that foreign vessels heading to the Ukrainian ports on the Azov Sea (such as Mariupol and Berdyansk) may be detained in the Kerch Strait for inspection and search,

We presume that foreign vessels heading through the Kerch Strait to the Russian ports on the Azov Sea will have no problems at that and will not be delayed.