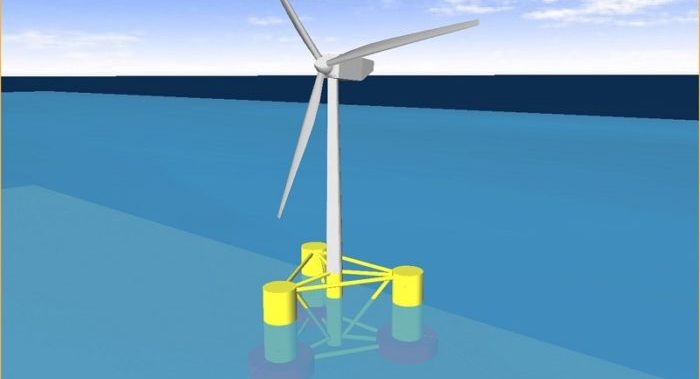 A team of academics from Manchester Metropolitan University won a grant with which they will develop computer models to trial the most ideal methods to stabilize and control the movements of the turbine and its semi-submerged support structure.

If you want to locate wind turbines far away from the shore at a water depth of more than 50m, a fixed-bottom turbine becomes a very expensive and challenging engineering project. So we need to develop a floating offshore wind turbine that works in water deeper than 50m, but that leaves the top-heavy turbines exposed to being buffeted by high winds and rough seas even if the buoyant support system is attached to mooring lines anchored to the sea floor,

... said Dr Ling Qian, Reader in Computational Fluid Dynamics at the Center for Mathematical Modelling and Flow Analysis at Manchester Metropolitan University, and lead academic of the project.

Consequently, the researchers and participants in the study aim to make offshore wind turbines in deep water financially feasible, by looking for solutions on how to stabilize the floating pontoons they would have to sit on.

In general, the UK is leading towards the path of developing offshore renewable energy technologies and offshore wind turbines hold huge potential for future energy sustainability, given that the country recently signed a 10-year offshore project to boost domestic offshore wind market.

Concerning the study, static turbines are be constructed to the ocean floor, near the coast, but it is expensive and the infrastructure difficulties, as they will have to be mounted on tethered buoyant platforms, means that they will be exposed to wind and large waves.

So we need to develop a floating offshore wind turbine that works in water deeper than 50m, but that leaves the top-heavy turbines exposed to being buffeted by high winds and rough seas even if the buoyant support system is attached to mooring lines anchored to the sea floor 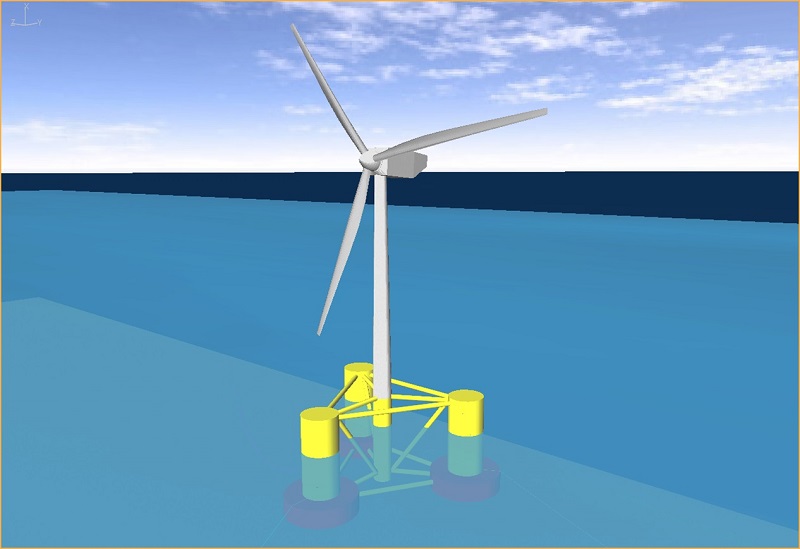 Based on a code they have developed themselves, Dr Qian and colleagues will use the University’s high performance computer cluster to run a computer simulation of waves interacting with a platform based an existing design for floating support structures.

The design comprises three connected columns 50m apart, creating a triangle frame in which the turbine sits, keeping the majority of the mast above the surface of the water.

It is manufactured separately from the turbines – which are typically 130m high with a blade length of between 60m and 90m – and the two are bolted together on location.

The University has two stabilisation measures that will trial, first testing the one and then the second:

Under extreme wave conditions such as during storms, floating platforms will undergo large movements and sometimes this movement is dangerous and leads to system damages. Therefore, we need to make sure the device can survive such storms with large waves.