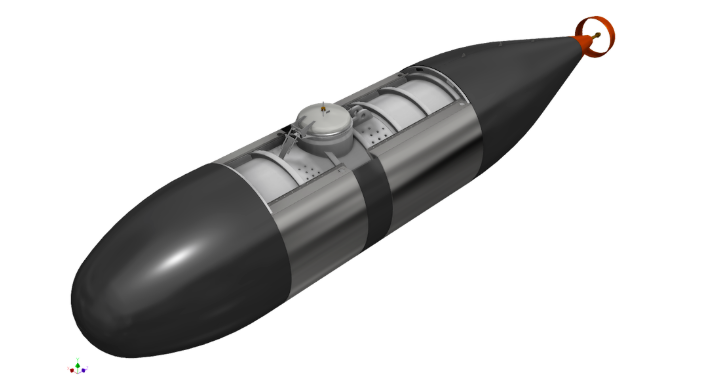 The UK Ministry of Defence has awarded an initial £1-million (=USD 1.236.305) contract to Plymouth-based innovation firm MSubs Ltd to build a test extra-large autonomous submarine. The move seeks to explore the potential capabilities of larger unmanned underwater vehicles in the future.

Measuring about 30 feet in length, this vessel is significantly larger than autonomous submarines used for beach reconnaissance, allowing it to operate at a range of 3000 nautical miles.

This forms part of the Ministry's plan to increase its presence in the underwater battlespace, using extra-large uncrewed underwater vehicles (XLUUV) for surveillance, reconnaissance, and anti-submarine warfare operations.

I am enormously excited about the potential for remotely piloted and autonomous systems to increase our reach and lethality, improve our efficiency and reduce the number of people we have to put in harm’s way,

As he explained, XLUUV submarines are able to leave their dock autonomously and secretly move to the operational area without any embarked crew for up to three months.

Submersible autonomous vessels have huge potential and this project could be a game-changer for the UK’s underwater capability, taking our submarine service to the next level,

If initial testing is successful, up to a further £1.5-million will enable testing of the new capability, making it the largest joint contract as part of a DASA competition.

Currently, smaller autonomous and remotely piloted submarines are unable to undertake all the tasks of larger crewed submarines.