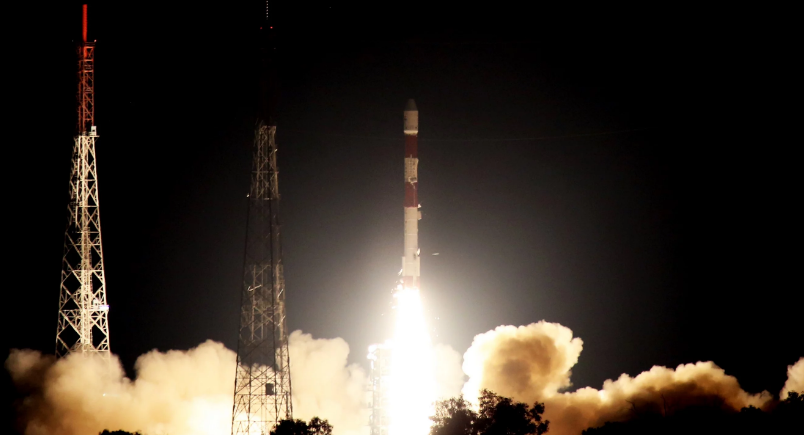 NovaSAR-1 is the first SAR spacecraft to be manufactured entirely in the UK and is designed to test the capabilities of a new low cost S-Band SAR platform. NovaSAR-1 will be the world’s first commercial SAR satellite to be operated at a 10:30 equator crossing time, providing time diversity for radar observations by affording increased daylight imaging opportunities in addition to night acquisitions.

Synthetic Aperture Radar is a powerful tool for monitoring the Earth from space, due to its ability to see through clouds and image the Earth night and day, and a constellation of three NovaSAR satellites could image any point on the globe every day, regardless of local time or weather.

The UK Space Agency has invested £21M in the development of NovaSAR-1 and will benefit from access to data from the spacecraft, boosting the UK’s sovereign Earth observation capabilities and stimulating the growth of data analysis services.

The data from this satellite...will help innovative start-ups develop new apps that could revolutionise the way we live. It’s a great example of how we are working with the space sector through our modern Industrial Strategy, ensuring we remain at the forefront of pioneering science and exploration,

NovaSAR-1 was designed and manufactured by SSTL, with an S-Band SAR payload developed by Airbus Defence and Space in Portsmouth and an Automatic Identification Receiver supplied by Honeywell Aerospace.

The SAR payload has a dedicated maritime mode designed with a very wide swath area of 400km to enable the monitoring of the marine environment, and will provide direct radar ship detection information simultaneously with AIS ship tracking data to assist with the identification and tracking of sea-going vessels.

In addition to operating in maritime mode, NovaSAR-1 has been optimised with three additional imaging modes, including a six metre resolution imaging mode, for a range of other applications, such as flood monitoring and agricultural and forestry applications. The satellite has been designed to offer a high throughput of data, observing in a variety of polarisation combinations to additional information to acquisitions in the form of ‘colour’.

SSTL S1-4 satellite is a sub one metre Earth observation satellite identical in design to the three DMC3/TripleSat Constellation satellites launched in 2015.  A contract to provide data from SSTL S1-4 was signed with Twenty First Century Aerospace Technology Co., Ltd (21AT) in February 2018.

The systems onboard both satellites are being commissioned in orbit from SSTL’s Spacecraft Operations Centre in Guildford UK.