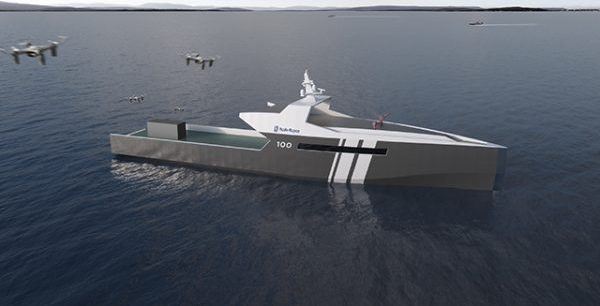 Above image is used for illustration purposes only/ Credit: RR

The UK launched an Industry Code of Practice for the design, construction and operation of autonomous maritime systems, at a Southampton showcase of maritime autonomy, on Thursday.

While commentators may disagree on how autonomy will develop and what it will mean for shipping, everyone is in agreement on one crucial point: existing global regulatory systems are well behind the curve and need to adapt.

In response, the Code is designed to set initial standards and best practice for all those involved with the development and operation of autonomous systems, seeking to provide practical guidance for the design, construction and safe operation of autonomous and semi-autonomous vessels under 24m, while the more detailed regulatory framework for Maritime Autonomous Surface Ships (MASS) is developed.

The development of MASS has continued at a very significant pace over the last few years with more vessels entering operation all the time. They come in a variety of sizes and have a very diverse set of operational capabilities which all place their own unique demands on those who own and operate them and the remainder of the Maritime Community.

This Code will be updated as required when guidance from the IMO Regulatory Scoping Exercise is published, and as the MCA develops policies to meet the needs of forthcoming technological, commercial and regulatory developments.

The Code was launched at UK International Marine Autonomous Systems Regulatory Conference 2017, being held in Southampton on 16th and 17th November.

Earlier in the week, the UK Ship Register announced that it has signed its first ever unmanned vessel to the flag, ASV’s C-Worker 7, in an attempt to adapt to the changes of the maritime industry.

The Code of Practice may be viewed here.