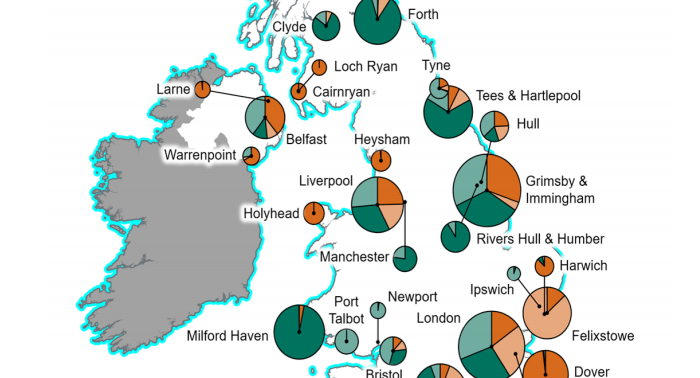 UK major ports' data for 2018 shows stable port freight tonnages overall, with only a 0.1% difference on the previous year at 483.3 m tonnes. However, overall unit load traffic declined, partly due to a reduction of port traffic in passenger cars and new trade cars.

Namely, key figures for UK major ports in 2018 include:

Commenting on the figures, Phoebe Warneford-Thomson, Policy and Economic Analyst at the British Ports Association, stated:

Despite a temperamental global trading climate and the uncertainties created by Brexit, 2018 was a steady year for port operators. Overall port freight figures remain constant although there is plenty of port capacity in the dry bulks, project cargo and particularly in the container sectors, meaning shipping companies have plenty of choice. This means competition between ports, which drives efficiencies and innovation

In addition, statistics for the fourth quarter of port freight tonnage showed an exceptionally high growth of 6% to 121.8m tonnes, which is consistent with suggestions that UK manufacturers were ‘stockpiling’ inventory ahead of expected trade disruptions in quarter one and two of 2019.

These figures also indicate that ports are playing a crucial role in facilitating the British economy’s Brexit preparations.

The data also provides a breakdown by port traffic data. Overall figures are largely unchanged however, there are some interesting developments:

Finally, figures on the international sea passenger traffic with mainland EU ports increased by 0.9% on 2017, to 16,925,000 passengers. This strengthened the importance of continued frictionless movement between EU nations after Brexit. In the meantime, passenger figures for movement between the Republic of Ireland and the UK reduced by 1.4% to 2,651,000 on 2017. 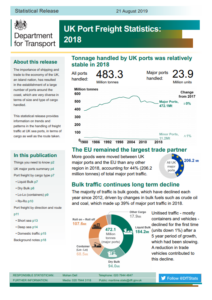