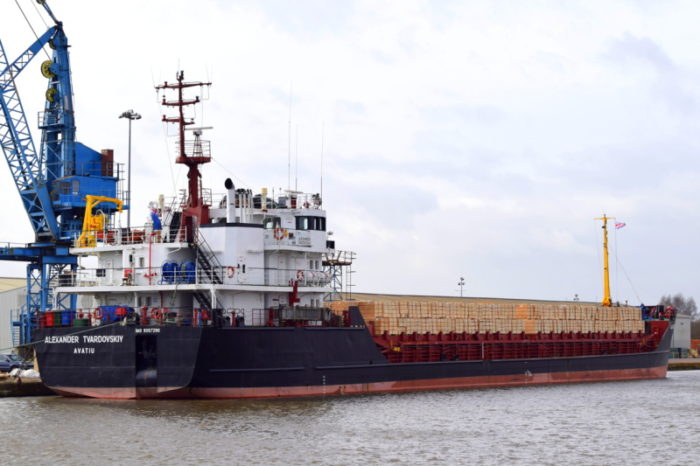 As BBC reports, a cargo ship has been detained in Leith port in Edinburgh due to non-payment of wages to Russian seafarers onboard the vessel. The UK MCA confirmed that it found deficiencies to the Cook Islands-flagged Alexander Tvardovskiy.

As UK MCA highlighted, the vessel will not sail and depart the port, unless the MCA has re-inspected the vessel and is satisfied that the efficiencies have been rectified.

It will remain in Leith until the seafarers' wages are paid and other identified deficiencies are rectified.

In addition, UK MCA is closely collaborating with the owner and the ship's captain to solve the issues that resulted from the inspection.

According to BBC, it is not the first time that the vessel 'Alexander Tvardovskiy', which was formerly flagged in Russia, has faced troubles in UK waters.

Specifically, in August 2012, the vessel collided with dredger UKD Bluefin and another general cargo vessel, Wilson Hawk, off Immingham in North East Lincolnshire.