UK maritime sector reports strong growth with an increase of 12.7% in turnover, 6.6% in GVA and 3.9% in employment over a five-year period, according to a recent report for Maritime UK.

It also showed that productivity per worker stood well above the UK average at £77,897, compared to £50,830, and that the sector contributes nearly £40 billion to the UK economy.

“As the engine of British trade, the UK maritime sector supports nearly 1 million jobs, contributes tens of billions to the UK GDP and drives exports as well as inward investment. Half a trillion pounds worth of goods pass through UK ports each year,” said David Dingle, chairman of Maritime UK.

“The importance of the sector will only grow post-Brexit. We’re supremely confident that we can play a crucial role in positioning Britain as an outward-looking, global trading maritime nation," said Mr Dingle. 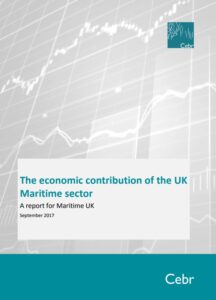