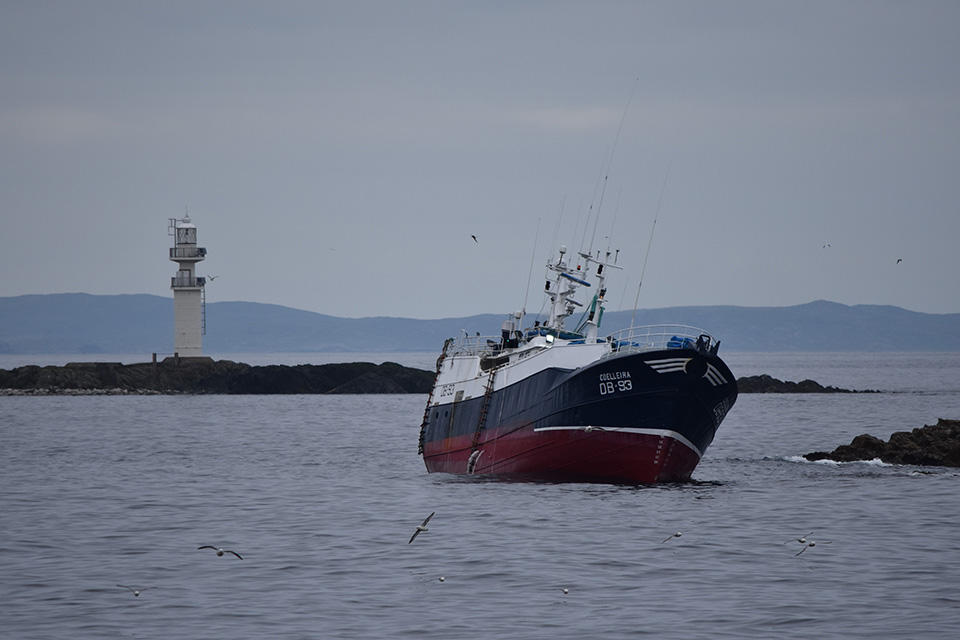 Vessel aground with Ve Skerries Light in the background / Credit: UK MAIB

UK MAIB: Lessons learned on the importance of passage planning

Following investigation on the grounding and loss of fishing vessel Coelleira off Scotland, UK MAIB issued a safety flyer to the fishing industry sharing key lessons learned on the importance of passage planning to safe navigation.

At about 0124 on 4 August 2019, while on passage from fishing grounds, the 30m long-liner Coelleira grounded on Ve Skerries, a group of low-lying reefs 3nm north-west of Papa Stour on the west coast of Shetland, Scotland.

The vessel’s 15 crew quickly mustered, donned lifejackets, launched liferafts, and determined that there was no water ingress. The coastguard was informed, and the crew were safely evacuated by rescue helicopter.

Attempts by salvors to re-foat Coelleira were unsuccessful and it was declared unsalvageable.

Coelleira eventually slid of the rocks into deeper water and sank.

The MAIB investigation identifed that: