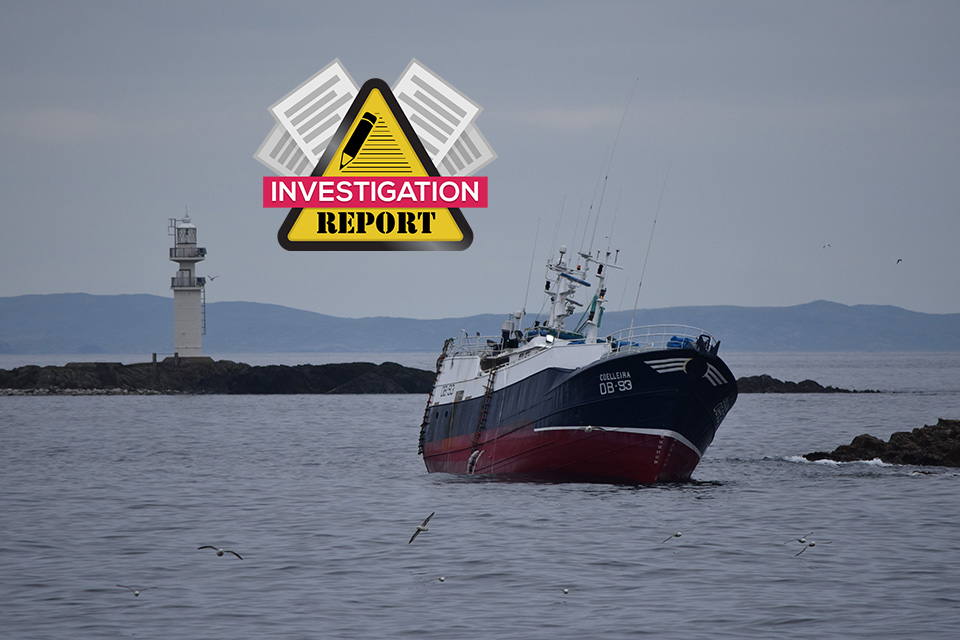 Vessel aground with Ve Skerries Light in the background / Credit: UK MAIB

UK MAIB issued an investigation report on the grounding of the fishing vessel Coelleira off Scotland, while on passage to land its catch in Scrabster, in August 2019. The report highlighted that the passage from the fishing grounds to Scrabster was not properly planned and the vessel’s position was not being closely monitored.

At about 0124 on 4 August 2019, the Spanish owned UK registered fishing vessel Coelleira grounded on Ve Skerries, a low-lying reef of the west coast of the Shetland Islands, Scotland, while on passage to land its catch in Scrabster, Scotland.

The vessel immediately listed to port and its 15 crew were evacuated by the coastguard rescue helicopter.

Attempts to salvage Coelleira were unsuccessful and the vessel broke up and sank.

There were no injuries and, although the vessel was carrying about 15 tonnes of diesel oil, there was no significant pollution.

MAIB inspectors were not able to board Coelleira before it sank and therefore no navigational data was recovered from the vessel.

The investigation concluded that the passage from the fishing grounds to Scrabster was not properly planned and the vessel’s position was not being closely monitored.

In addition, an effective lookout was not maintained, and the bridge was unmanned at the time of the grounding.

The investigation also identified that the judgment and performance of the skipper, who was on watch at the time of the grounding, might have been adversely affected by fatigue.

The performance and set-up of electronic navigation equipment available in the wheelhouse would also have adversely affected the skipper’s ability to monitor the vessel’s position and identify navigational hazards.

The UK MAIB has issued a Safety Flyer to the fishing industry highlighting the lessons learned from this accident.

Following investigation, the UK MAIB recommended Blue Pesca Ltd to take steps to ensure that any vessel it may own in the future is navigated safely, paying attention to:

Further details on the accident may be found herebelow: 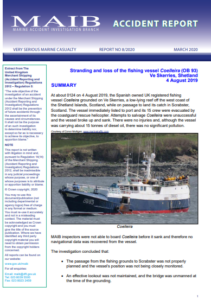