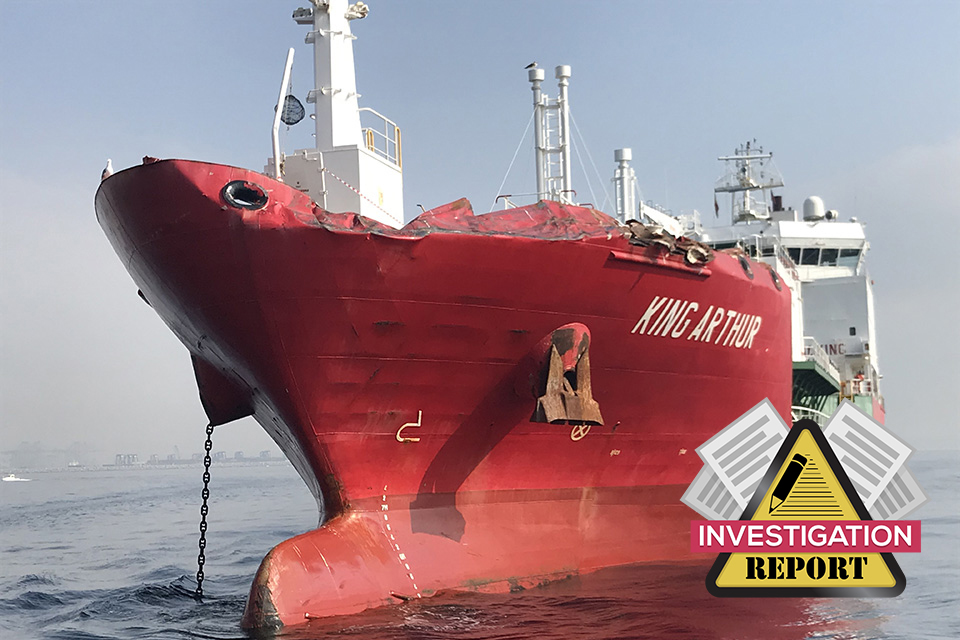 In August 2018, the container ship, ANL Wyong, and the gas carrier, King Arthur, collided in darkness, dense fog and an area of heavy shipping traffic, off Gibraltar. The UK MAIB issued an investigation report on the incident, noting that neither vessel appreciated the risk of collision in sufficient time to take effective avoiding action and pass at a safe distance. The investigation has also highlighted risks associated with the inappropriate use of VHF radio and AIS data when assessing risk of collision.

At 0636 on 4 August 2018, the UK registered container vessel ANL Wyong and the Italian registered gas carrier King Arthur collided 4 nautical miles south-east of Europa Point, Gibraltar. Both vessels were damaged but there was no pollution or injury.

The collision occurred in darkness, dense fog and in an area of heavy shipping traffic.

ANL Wyong was stopped, having been given direction by Algeciras Pilots to wait outside Gibraltar Bay.

King Arthur was making way towards a boat transfer position inside Gibraltar Bay.

Although King Arthur’s master could not see ANL Wyong, his assessment of the situation was primarily based on AIS data.

However, ANL Wyong was stopped in the water and not making way as King Arthur’s master had perceived. As a result, the decision to turn King Arthur to starboard actually had the effect of putting the vessels on a collision course.

When King Arthur’s master realised that a dangerous situation was developing, full starboard rudder was applied; however, this action came too late to prevent the collision.

ANL Wyong’s officer of the watch was monitoring the situation, but took no action when it became apparent that a multiple close quarters situation was unfolding.

○ proceed at a safe speed in restricted visibility;

○ call the master without hesitation and take action to avoid collision; and,

-The Spanish Ministry of Development to conduct a review of vessel traffic services in the vicinity of Algeciras designed to enhance the coordination between the authorities involved in order to improve the deconfliction of traffic.

Such a review should consider establishing:

-The Maritime and Coastguard Agency to propose to the IMO that the navigation status information in the AIS be reviewed to ensure that a vessel’s status can be accurately described, including vessels underway but not making way. 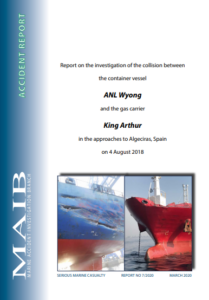