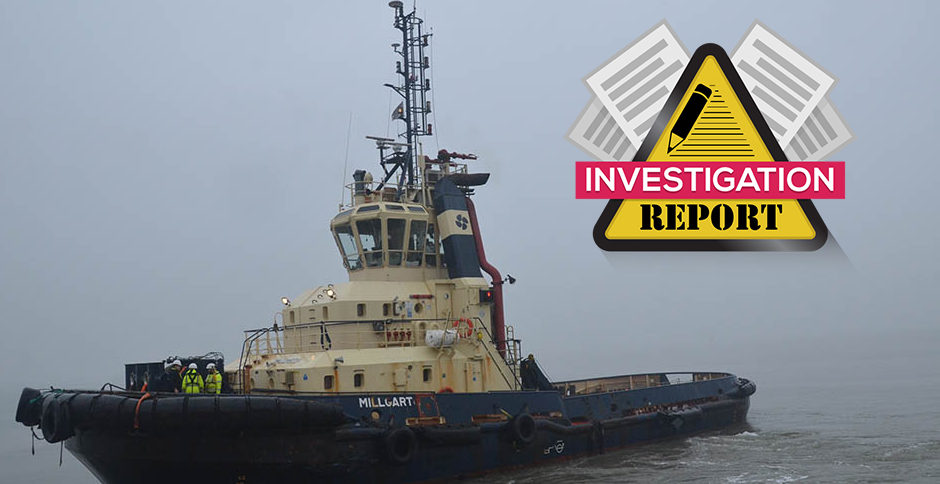 The UK MAIB published its latest investigation report, focusing on a chief engineer's fatal accident onboard the tug "Millgarth". Specifically, the chief engineer fell into the River Mersey from the north oil stage at the Tranmere Oil Terminal at Birkenhead, England, in January 2019.

Under poor weather conditions, the tug was sailing at 1749 when the chief engineer fell into the river, while he had released the vessel's mooring lines and was attempting to re-board the tug. The chief was wearing a lifejacket which automatically inflated when we fell into the water.

The personnel acted immediately and within 5 minutes tried to recover him alongside the tug. Although their efforts, the crew was unable to lift him up since the chief was already disabled to respond as the cold water made him to lost his awareness.

The chief engineer sufered a cardiac arrest and died after falling from an oil stage fender into the River Mersey. He was alive and functioning for several minutes after he entered the river, but he could not be recovered before he lost consciousness and stopped breathing.

as the Investigation report notes.

At 1811, the crew managed to recover him onboard with the rescue boat Marine Fire Rescue 1, but unfortunately couldn't revived him as the chief had suffered cold water shock followed by cardiac arrest. 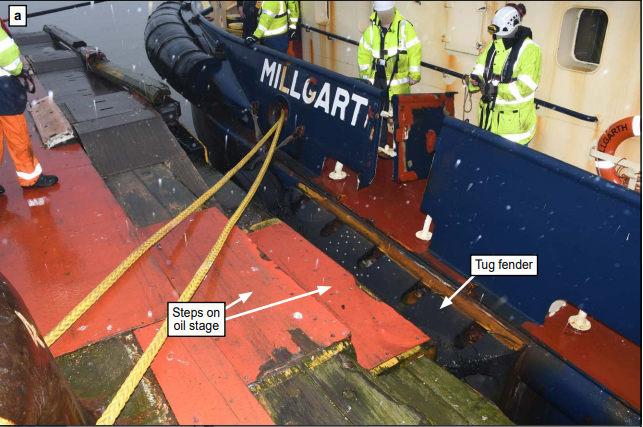 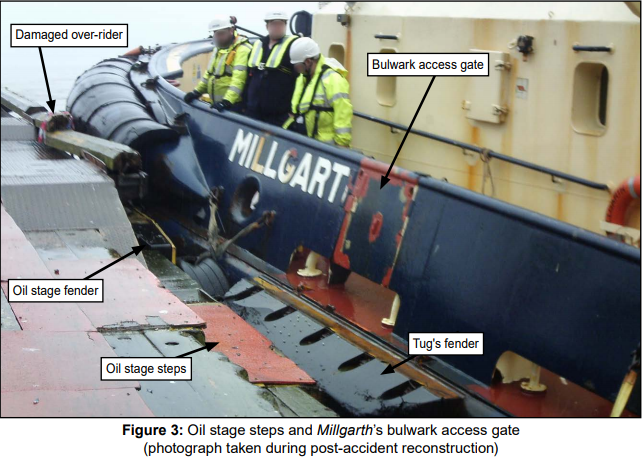 On 14 June 2019, the MAIB carried out a preliminary assessment of a non-fatal man overboard incident on Svitzer Victory. Due to the similarity of this incident with the fatal accident on Millgarth, the Chief Inspector of the MAIB issued an urgent safety recommendation to Svitzer A/S concerning the safe conduct of tug access and egress, which are the following: 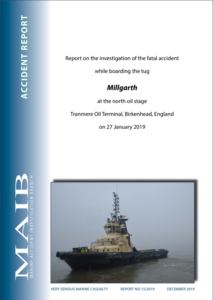