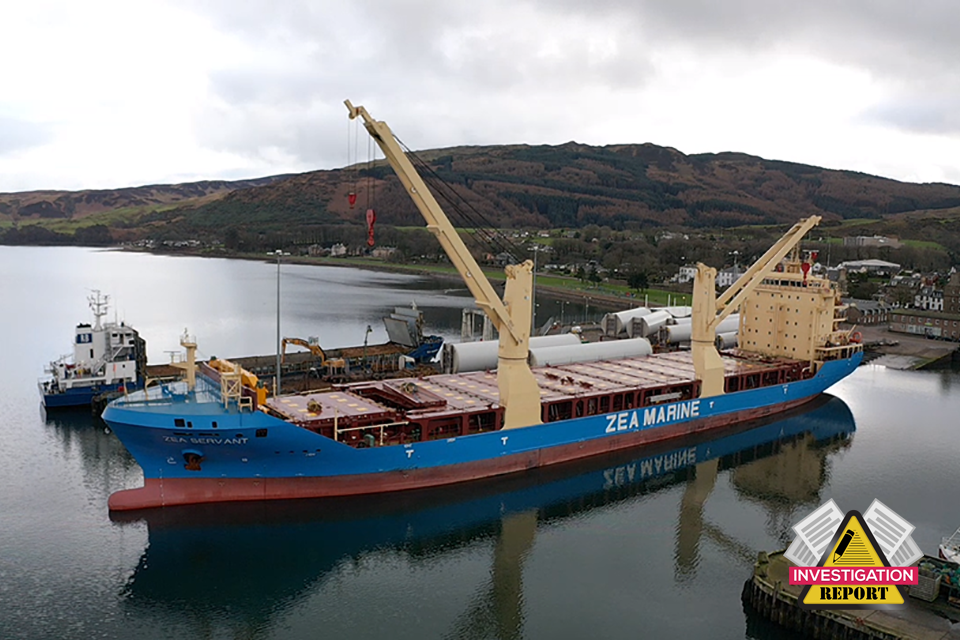 UK MAIB issued an investigation report on the fall of a suspended load, resulting in injuries of two crewmen onboard the general cargo vessel ZEA Servant, in Campbeltown, Scotland, on 2 March 2019. The two crewmen were struck by the falling lifting gear and were injured because they were standing in the hazardous fall zone beneath the suspended load.

At about 2300 on 2 March 2019, two crewmen onboard the Hong Kong-registered general cargo vessel 'ZEA Servant' suffered injury when a suspended load fell and struck them.

The suspended load was the lifting gear used to move the vessel’s cargo hold hatch covers, and it fell because it became snagged, resulting in the tension overload failure of a fibre sling that was being used as part of the hoist.

The injuries occurred because both crewmen were standing inside the hazardous area around the suspended load when it fell.

They were standing ready to manually guide the load clear of snagging hazards during the lift.

The lifting gear had been stowed in the cargo hold ventilation duct space, where it was known to have snagged before.

The lifting operation had not been formally risk assessed, and a lifting plan for the work had not been produced. 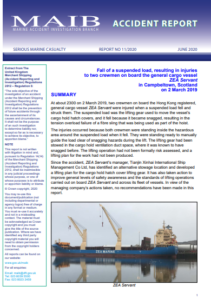