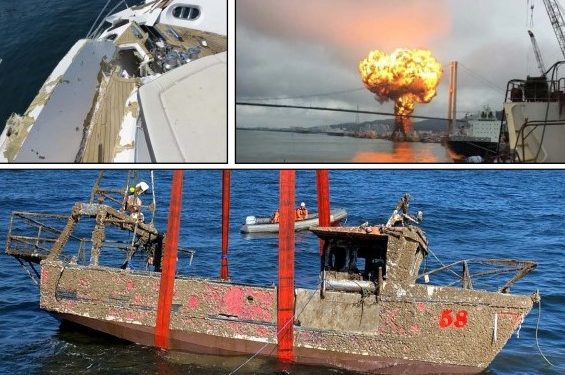 UK MAIB published its annual report for 2021, reporting that it raised 1530 reports of marine accidents and commenced 22 investigations in 2021. However, no deaths were recorded on UK-flag ships, despite the fact that the number of casualty probes increased.

The MAIB received no reports of fatal accidents to seafarers on UK registered merchant vessels of 100gt or more during the year but did commence investigations into fatalities on two Red Ensign Group vessels and one fatality on a Cyprus registered vessel operating in UK waters.

From these investigations two themes emerge:

More worrying is that there is a clear gap between ‘work as imagined’ and ‘work as done’, with marshallers frequently standing in unsafe areas and drivers losing sight of marshallers.

At industry meetings concerns about dangerously weighted heaving lines and unsafe pilot ladders are regularly voiced. In response, the branch asked that all such incidents, no matter how minor, be reported so a fuller picture of the problems could be gained.

In respect of weighted heaving lines, the branch received just 16 reports; far fewer than anecdotal reporting would suggest, perhaps indicating that this extremely hazardous practice is still being under-reported. Much stronger evidence emerged in terms of pilot ladders.

In 2021, the branch received 194 reports about sub-standard pilot ladders. Of those, 172 pilot ladders (88.6%) were not rigged in compliance with SOLAS guidance, and 22 were observed by the pilot as being in a materially poor condition. Fortunately, serious accidents have been rare, but the potential clearly exists and the branch will continue to collate statistics in 2022.

Ten commercial fishermen lost their lives in 2021, the highest annual figure for a decade and a stark contrast to the low loss of life in 2020. That is a little short of one death per 1000 qualified fishing vessel crew; possibly a statistical blip, but a truly appalling annual fatality rate nonetheless. I therefore make no excuse for a longer than normal section on fishing safety in this introduction as commercial fishing investigations accounted for nine of the 22 investigations commenced in-year.

It is unsurprising, but disappointing, that the most significant safety issues were, again, small fishing vessel stability and man overboard fatalities. I will not decry any of the various initiatives that are ongoing to improve fishing vessel safety – a lot of people are doing some very good work – but the evidence shows that the messages are not yet changing behaviours to a significant extent.

While the acceptance rate is down on the high level of acceptance achieved in 2020 (>90%), it nonetheless validates our process of whenever possible involving stakeholders in the formulation of recommendations during the final stages of an investigation.

Deaths and injuries of merchant vessel crew by rank

According to UK MAIB, Ratings/Deck suffered the most, as 17 incidents were reported for their rank. Coming in second, officers/deck suffered 12 incidents, the same as Ratings/Engine, with Officers/Engineering reporting 10 incidents.

Nature of casualty and vessel category

As for the nature of casualties for merchant vessels under 100gt, groundings were the most common cause with 50 incidents, followed by collisions with 29 and machinery issues with 25.