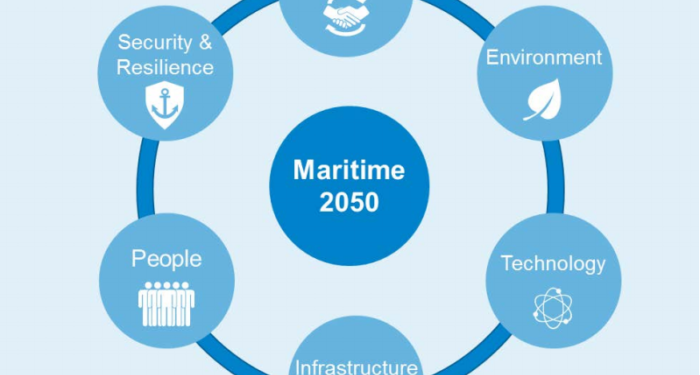 Maritime 2050 is the first long-term strategy developed in close partnership with industry highlights the government’s recognition of the importance of the maritime sector to Britain’s future success. That importance has only increased in the context of the Brexit, with 95% of all UK trade being enabled by the sector. Maritime 2050 is published at a time when the UK faces intense competition from maritime nations in the Far East, Northern Europe, Gulf and North America.

Mainly, while the industry is focused on managing Brexit, it is also focused beyond it, since 2019 will not only focus on Brexit. The industry believes that there are many opportunities of UK leaving the EU, such as:

Maritime 2050 will enhance UK’s strength on maritime innovation focusing mostly on autonomy and low-carbon technologies. For many of these technologies there is a time-limited golden opportunity to be an early adopter, particularly on low-carbon.

Additionally, Maritime 2050 is designed to maximise UK strength in this area, retaining and enhancing its competitive advantage and developing new areas to compliment the offer, like green finance. 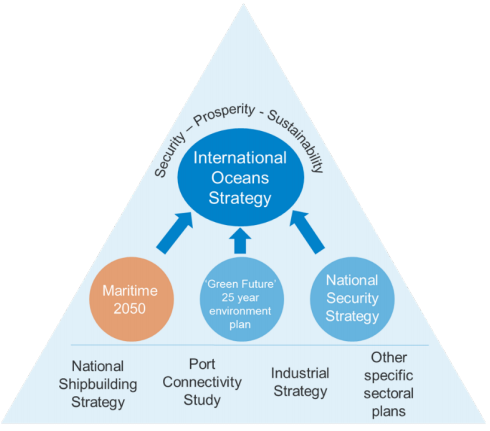 Also, UK’s maritime industry invests in infrastructure, as ports alone have over £1.6bn of investments in the pipeline.

The sector aspires to expand its diversity, working closely through Maritime UK’s Women in Maritime Taskforce, and Maritime 2050 challenges industry to broaden this work.

The Maritime 2050 report highlights  the power of trade to lift people out of poverty and supports that 95% of the UK trade occurs from the maritime sector.

The strategy is based on seven core ambitions:

These seven ambitions promote key developments in order to focus on benefits and progress as supporting UK’s competitive advantage, enhancing UK’s marine reputation, cooperating with the Government and universities and continuing being recognised as the global leader in maritime safety worldwide.

For the first time the maritime sector has a real long term strategy – setting out what government and industry will do to position the UK as the world’s leading maritime nation over the coming decades in an increasingly competitive global context.

He continued stating that British productivity is more than 50% and the maritime sector can play a role in helping address the UK’s productivity challenge.

In conclusion, according to Mr Theochari, the task of turning these ambitious recommendations into reality rests on the strength of partnership between industry and government. Industry is committed to delivery.

For more information on the Maritime 2050 report, click the PDF below: 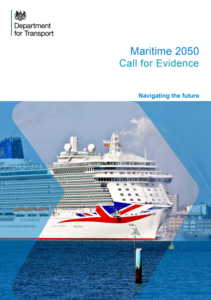