The UK Government's Department for transport launched a report civilian search and rescue helicopter operations between April 2018 and March 2019; The highlight of the report is the 8% decrease compared to the year ending March 2018.

The 50% of all tasks were rescues or recoveries. The Sumburgh base had the highest proportion of rescue or recovery taskings (83%) with the majority taking place at sea.

In addition, the report notes that during the year ending March 2019, 1,606 people were rescued and 182 assisted by SAR helicopters. 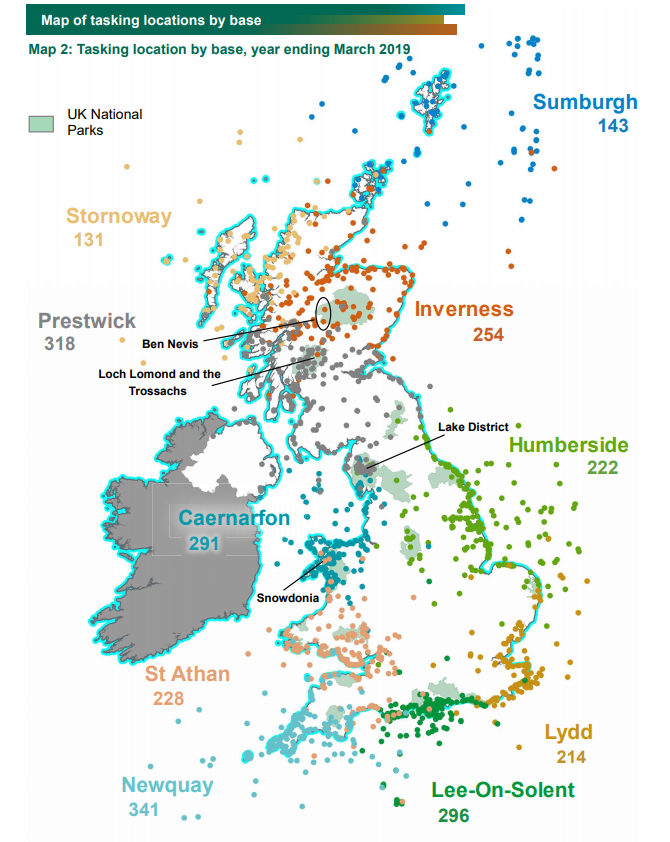 The DfT reported that half of all SARH operations were rescues or recoveries, and that 83% of the Sumburgh base’s rescue and recovery operation took place at sea. In addition, it noted that, during the year ending March 2019, 1,606 people were rescued and 182 were assisted by SAR helicopters.

Overall, the report highlighted that there was an 8% decrease in the number of SARH taskings in the year ending March 2019 compared to the year prior.

During the latest quarter (January to March 2019) there were 442 taskings, a 26% decrease compared to the same quarter in the previous year.

There were lower levels of taskings during the last quarter (January to March) of 2018/19 compared to the same period the previous year, possibly reflecting the adverse snowy weather in February and March 2018. Otherwise, the monthly pattern in taskings for the 2018/19 year was generally in line with the 2016/17 and 2017/18 trends. 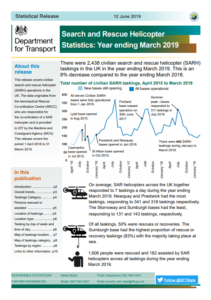