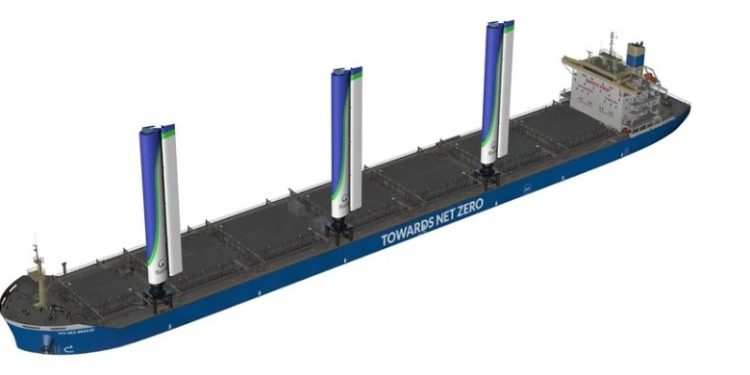 The UK Government chose GT Green Technologies that is developing a new approach to wind-assisted propulsion as one of the projects to receive funding in the second round of a multi-year clean maritime demonstration competition.

The new project launched in 2021, and will continue until 2025, in order to provide research and development match-funding to support the design and development of clean maritime solutions.

GT Green Technologies will now receive funding based on their presentations during this year’s Clean Maritime Demonstration Competition Round 2 (CDMC2).

The company’s development and feasibility study for the AirWing was presented and accepted as part of the second round of the competition which ran between May and September 2022.

The solution uses airflow technology, which according to the company maximizes fuel economy and minimizes carbon emissions. The design also appears to use an aileron or wing flap that adjusts the angle to maximize the yield from the wing.

It also lowers to the deck to avoid creating obstacles during load and unloading as well as air draft for the vessel.

According to GT Green Technologies, this design will produce a fuel saving on a retrofit vessel of between 10 and 30% with even greater savings for newbuilds.