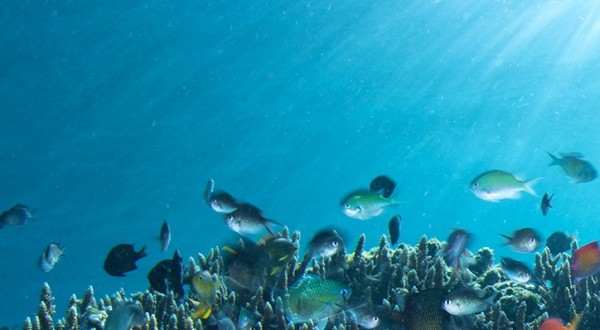 NOAA, NASA and the Department of the Interior’s Bureau of Ocean Energy Management (BOEM) have joined together to support three demonstration projects that will lay the foundation for the first national network to monitor marine biodiversity at scales ranging from microbes to whales.

The projects, to be funded at approximately $17 million over the next five years, subject to the availability of funds, will demonstrate how a national operational marine biodiversity observation network could be developed. Such a network would serve as a marine resource management tool to conserve existing biodiversity and enhance U.S. biosecurity against threats such as invasive species and infectious agents.

The three demonstration marine biological observation networks will be established in four locations: the Florida Keys; Monterey Bay and the Santa Barbara Channel in California; and on the continental shelf in the Chukchi Sea in Alaska.

Marine biodiversity is a key indicator of ocean health and critical to sustaining natural resources such as fisheries. The three projects, selected from 19 proposals, will be established in different marine environments in U.S. waters to integrate existing observations ranging from satellite observations to DNA sampling and fill data gaps with new observations.

This joint effort supports the U.S. National Ocean Policy to “protect, maintain, and restore the health and biological diversity of ocean, coastal, and Great Lakes ecosystems and resources.” An integrated picture of what is happening to marine biodiversity enhances the ability of policymakers and natural resource managers to devise effective strategies to address ecosystem threats from pollution and climate change.

The pilot research program is sponsored under the National Oceanographic Partnership Program, which facilitates joint funding of projects of mutual interest to different institutions in an effort to avoid duplication of research efforts.

“We now have large amounts of biologically relevant information on marine ecosystems, including global observations of ocean color and sea surface temperature from space,” said Woody Turner, manager of NASA’s Biodiversity Research Program. “But we need a more effective way of combining different types of information to get a better picture of how marine ecosystems are changing if we are to sustain these important ecosystem resources.”

The networks will integrate data on large-scale sea surface conditions observed by NASA, NOAA, and U.S. Geological Survey satellites with observations made in the ocean and the laboratory. They will build partnerships with existing long-term biodiversity monitoring efforts, explore innovative uses of new in situ observations and genomic techniques, and improve access to integrated biodiversity data.

“BOEM is pleased to continue its long history of monitoring offshore areas as part of its mission to assess environmental risk and develop mitigation measures to protect coastal and marine ecosystems,” said BOEM acting director Walter Cruickshank. BOEM plans to contribute financially to the Santa Barbara Channel and Alaska projects.

Biodiversity within two NOAA national marine sanctuaries in Florida and California is the focus of the project led by Frank Muller-Karger of the University of South Florida, and Francisco Chavez of the Monterey Bay Aquarium Research Institute. The Florida Keys and Monterey Bay national marine sanctuaries encompass a wide range of marine environments, including deep sea, continental shelves, estuaries, and coral reefs.

“NOAA’s marine sanctuaries are an ideal setting to test and evaluate a biodiversity network prototype,” said NOAA’s Zdenka Willis, director of the U.S. Integrated Ocean Observing System.“These areas encompass a wide range of marine environments as well as nearby coastal communities that depend on the ocean for business and recreation. By linking federal and non-federal partners, we hope this network will help us better understand these ecosystems and serve to inform emergency response systems for environmental threats such as invasive species.”

The U.S. Arctic continental shelf off the northwest coast of Alaska is the focus of the project lead by Katrin Iken, University of Alaska, Fairbanks. The Arctic is experiencing the most dramatic temperature increases taking place in the ocean, leading to significant changes in marine ecosystem structure and function. This Arctic marine biodiversity observing network will continue recent efforts to extend much-needed long-term monitoring data and fill gaps in coverage. The partnership also includes funding from the Shell Oil Company for some of the Alaska research.

NASA monitors Earth’s vital signs from land, air and space with a fleet of satellites and ambitious airborne and ground-based observation campaigns. NASA develops new ways to observe and study Earth’s interconnected natural systems with long-term data records and computer analysis tools to better see how our planet is changing. The agency shares this unique knowledge with the global community and works with institutions in the United States and around the world that contribute to understanding and protecting our home planet.

NASA’s Biodiversity Research Program utilizes satellite observations and computer models to improve our understanding of biodiversity — the variety of life at all levels ranging from genes to species and ecosystems — and the role of life in the Earth system.

In the start, I was explicit with you propecia before and after has changed my essence. It has become much more fun, and now I have to run. Just as it is incredible to sit.