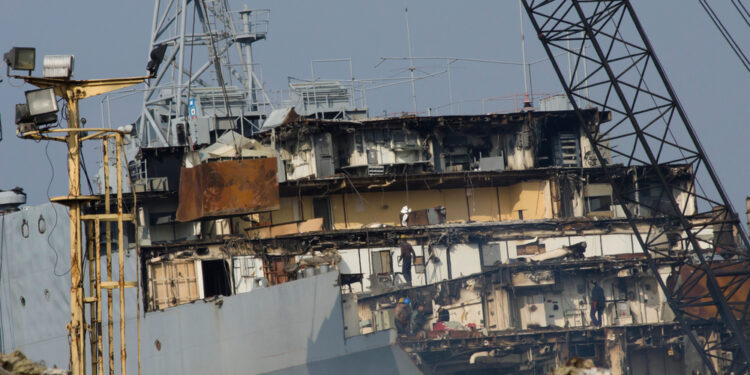 Two workers have lost their lives at two separate Turkish ship recycling yards in the last four months, data provided by NGO Shipbreaking Platform suggests. Both yards are in the EU List of approved ship recycling facilities, so the Platform called on EU to investigate both.

The first incident occurred on 3 October 2020, involving a worker while scrapping of two Transocean offshore rigs at Isiksan yard. A handrail broke and fell, hitting the worker at the back of his neck.

Last week, on 4 February, another worker died when hit by a steel block which he was torch-cutting in the secondary cutting area of Simsekler yard, where a Carnival cruise vessel is currently being recycled. Both yards were quick to immediately involve the concerned authorities, the Platform noted.

Under the EU Ship Recycling Regulation, EU-flagged vessels have to be recycled in one of the currently 43 approved sites around the world. Seven out of the 22 yards operating in Aliaga have so far received EU approval, attracting owners that want to recycle their vessels more responsibly than on the beaches of India, Bangladesh and Pakistan, where the vast majority of end-of-life vessels end up.

The European Commission must ensure that all EU-listed yards operate in line with the requirements of the EU Ship Recycling Regulation. Two serious accidents have taken place at two separate EU-approved facilities in Aliaga, and in both cases we have requested that the Commission takes appropriate action to understand whether these sites indeed operate in line with the Regulation,

With respect to these incidents, the Platform suggested that the risks involved in taking large vessels apart need to be managed at sites that can safely use heavy lifting cranes, contain pollutants and dispose of hazardous materials in line with international waste laws. The accident at Simsekler should further prompt a serious evaluation of how mechanical cutting might contribute to reducing risk, including exposure to toxic fumes and release of slag caused by torch cutting, it stressed.

There is enormous scope to improve ship recycling practices, both in terms of safety and environmental protection, as well as to boost recycling- and cost-effectiveness by the use of new innovative technologies,