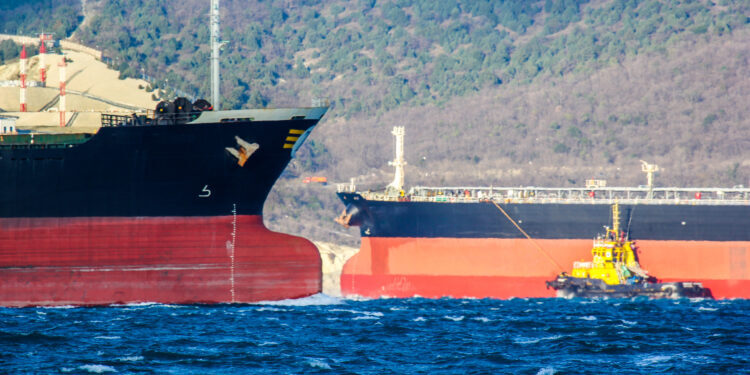 General cargo ship KONSTANTIN collided with anchored tanker SMERALDO at Brunsbuettel anchorage on the Elbe near Brunsbüttel, on 21st October.

Following the incident, there were no injuries in a collision between the two ships. However, one of the ships reported that water had entered the engine room.

According to the emergency command, the incident occurred around 1.35 p.m. on Thursday during an anchor maneuver of the 90-meter-long and 14-meter-wide cargo ship “Konstantin”. There was a collision with the 117 meter long and 16 meter wide tanker “Smeraldo”.

Collision on the Elbe near Brunsbüttel

The crew of the “Konstantin” then reported water ingress in the engine room. Slight damage to the superstructure of the tanker “Smeraldo” has been reported. The emergency command has taken over the overall command.

No pollutant leak so far

The multi-purpose ship “Neuwerk” is at the scene of the accident. In addition to the “Neuwerk”, there are two tugs with the damaged ship, which is loaded with wood. No pollutant leak could be detected by the evening.

At 4.15 p.m. the freighter “Konstantin” moored in Brunsbüttel harbor. According to information provided by the crews so far, no one was injured. The Hamburg waterway police are investigating the cause of the accident.