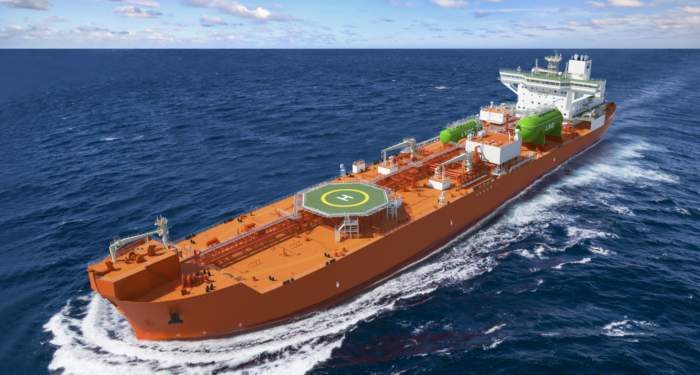 In fact, the vessels in particular have been constructed by Samsung Heavy Industries (SHI), for AET Sea Shuttle AS (AETSS), a joint venture between Norwegian shipping company ADS Shipping and the owner and commercial operator of the vessels, AET Tankers headquartered in Singapore. The project management was provided by MISC Group’s marine services arm Eaglestar and OSM Maritime, the Norwegian third-party ship management company.

The next-generation DPSTs will serve on long-term charter to Norway’s Equinor for operations both in oilfields on the Norwegian Continental Shelf of the North Sea, Norwegian Sea and the southern Barents Sea, as well as on the UK Continental Shelf.

Eagle Blane and Eagle Balder have surpassed our expectations, and vessels will provide Equinor with even greater operational flexibility and control and set a new benchmark for shuttle tanking operations. We look forward to the next stage when these ships begin their work, in our further strengthening of the relationship between Equinor, AET and ADS.

Namely, one of them is the cleanest DPSTs ever built, emitting 40-48% less carbon than equivalent vessels, meeting the International Maritime Organisation’s (IMO) target of reducing carbon emissions by 40% by 2030, and halving CO2 emissions by 2050.

Moreover, powered by LNG as primary fuel, the LNG Dual-Fuel Dynamic Positioning Shuttle Tankers (DPSTs) will also be able to capture and reuse as supplementary fuel 100% of the harmful Volatile Organic Compounds (VOC) which escape into the air from crude oil cargoes during loading and voyage.

By utilising a more efficient system for dynamic positioning combined with the LNG Dual-Fuelling and VOC Recovery Systems, the vessels will save up to almost 3,000 tonnes fuel per year compared with conventional DPSTs of the same size.

these vessels are proof that environmental sustainability and commercial viability can coexist, and are also testament to the fact that operational performance does not have to be sacrificed in the pursuit of reducing emissions.

In April 2018, the bunker tanker company Sinanju Tankers Holdings Pte Ltd has placed an order for Singapore’s first LNG dual fueled bunker tanker, boosting the use of LNG as a marine fuel at the world’s largest bunkering hub. The tanker was scheduled for delivery in second half of 2019.

This April, AET Tankers, announced that its first LNG dual-fuel sister Aframaxes undertook their maiden ship-to-ship LNG bunkering. The company’s vessels, Eagle Brasilia and Eagle Bintulu, conducted bunkering operations in Port of Rotterdam. The operation was a big success for AET driving LNG as a cleaner burning and viable fuel in the shipping industry.