by The Editorial Team
in Emissions, Ports, Technology 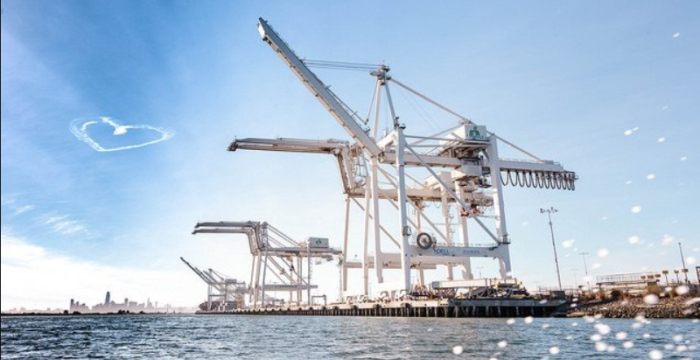 The Californian Port of Oakland is to acquire another two electric big rigs by October 2019, as GSC Logistics wishes to discover if zero-emission tractors can haul cargo containers over highways.

The company, which is the port’s largest trucker, said it is acquiring two 13-ton electric trucks with assistance from state grants. The rigs would both have twin 241-horse power battery-driven motors.

Our first tractor is fine moving containers around the Port…it does the job. Now we want to test these new trucks on the road – the manufacturer says they can haul fully loaded containers 55 miles per hour up a steep grade,

Each truck would be able to travel 125 miles on a battery charge, GSC said. The company began electric truck testing 18 months ago.

GSC expects its second battery-powered rig this month. A third arrives in the fall.

Port of Oakland environmental scientists are following the trial closely. That’s because battery-powered tractors are expected to factor in Oakland’s stated quest for zero-emission cargo handling.

The Port projected that there could be as many as 20 battery-powered trucks hauling containers by year-end.

It is hoped that emission-free electric trucks can someday replace the 6,000 diesel tractors hauling containers in Oakland.

That will not happen, industry experts say, until costs come down and trucks can go further on a single charge.

There is one other challenge: battery-charging infrastructure.

The technology and capability of electric tractors is moving fast. But the ability of a truck owner-operator to buy an electric truck and have the electrical infrastructure to support it may be years away,