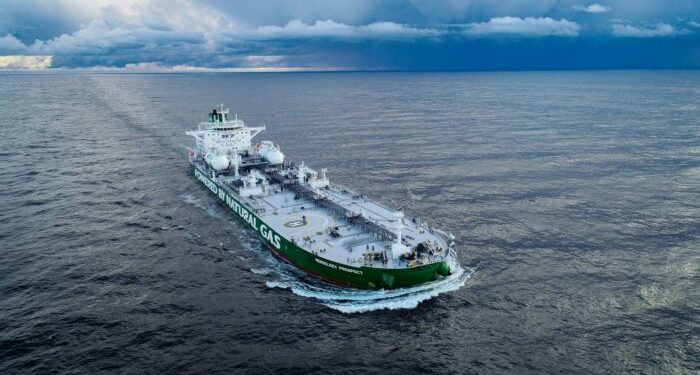 The company announced on Monday that the two vessels are both heading to China with a cargo of crude oil from the Port of Primorsk, crossed the full length of the NSR using only LNG fuel.

Recently, Russia commented that by the end of 2019, the Arctic shipments are most likely to show a 40% increase, in comparison to 2018’s volumes.

Concerning the two vessels, Lomonosov Prospect reached Cape Dezhnev, the easternmost end of the NSR, on October 16 while the Mendeleev Prospect did the same three days later.

With favourable ice conditions along the entire route and precise route planning, both vessels travelled the entire length of the NSR without icebreaker escort

The vessels completed the voyage from Cape Zhelaniya to Cape Dezhnev, equal to over 2,000 nautical miles, in 7 days and 20 hours and 7 days and 5 hours, respectively. Due to favorable ice conditions, both vessels traveled the entire length of the NSR without an icebreaker escort.

Also, in August, Sovcomflot sailed another LNG-fueled Aframax crude oil tanker, the ‘Korolev Prospect’, through the NSR, becoming the first such large-capacity crude oil tanker to travel the entire length of the Northern Sea Route using only LNG fuel, the company said.

Concluding, Sovcomflot has six LNG-fuelled oil tankers in operation, all delivered in 2018 and 2019. The lead ship of the series is the Gagarin Prospect. Each 113,000-dwt tanker is assigned an ice-class of 1A/1B, with a length of 250 meters and a breadth of 44 meters.