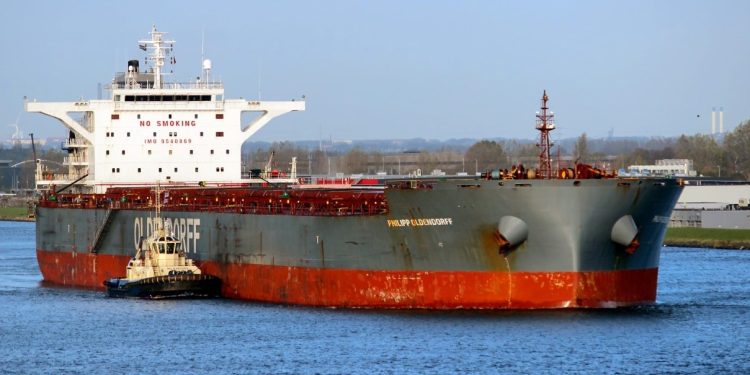 SSI Providence was receiving supplies at the time of the accident, while a supply boat that was between the two ships was nearly crashed, but it escaped.

The bulker Philipp Oldendorff arrived from Kerch Strait Russia, and is understood to be in in load. SSI Providence arrived from Haifa, and is heading for Burgas Bulgaria.

Until the next day both ships remained in the same position, anchored.

The extent of the damages are unknown, while the cause of Philipp Oldendorff’s drifting is being investigated.