The first incident involved the Palau-flagged offshore supply vessel ‘Amil 12’. While at anchor at Alang Anchorage, India, five perpetrators boarded the ship from a small boat and stole some stores and spares before escaping.

The master of the tug boat Amil 59 towing Amil 12 reported the incident to VTS Khambhat, MRCC Mumbai and the Indian Coast Guard. The crew was safe.

While underway, two perpetrators were sighted in the engine room of the ship. The alarm was immediately raised and the perpetrators escaped empty handed.

The master reported the incident to Singapore Vessel Traffic Information System (VTIS) through VHF. The crew was safe. 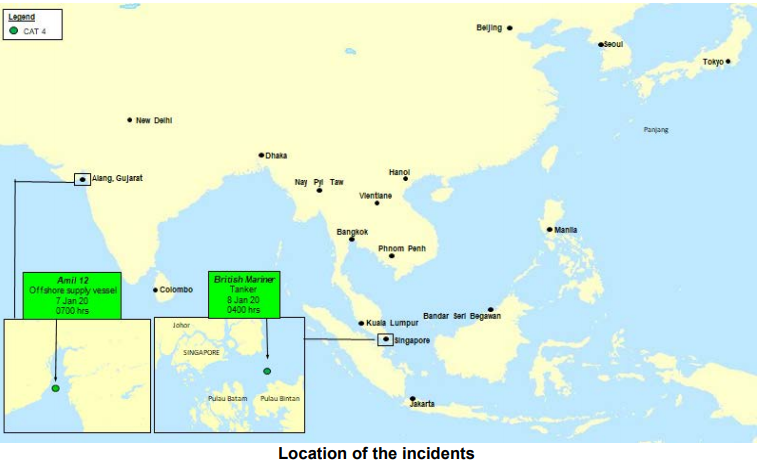