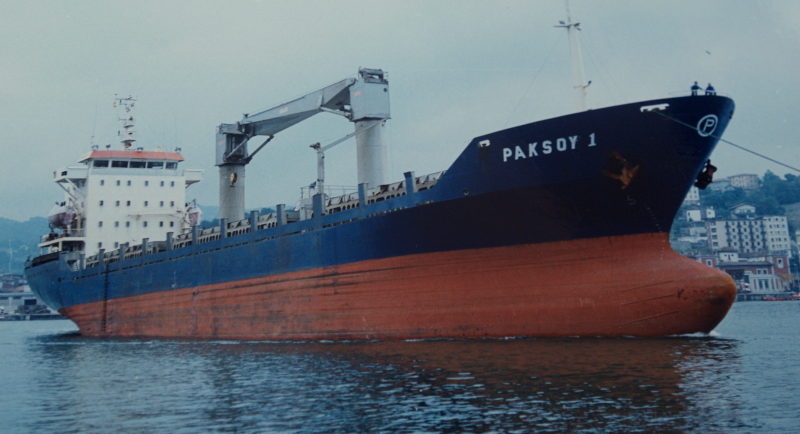 The Turkish ship owner Kadıoğlu Maritime has managed to establish communication with a group of pirates who kidnapped 10 Turkish seafarers from its ship off Nigeria, in the night hours of Saturday, 13 July.

The general cargo ship 'Paksoy 1' was sailing from Cameroon to the Ivory Coast, when a total of 12 heavily-armed pirates attacked the ship and kidnapped ten crew members, leaving another eight onboard.

After a week of efforts, the ship's operator Kadıoğlu Maritime, with support from Ankara, achieved a first contact with the pirates who likely prolonged the contact process to keep the amount of ransom high, the Turkish daily Habertürk reported citing unnamed sources.

The Turkish government is closely following the issue and is in frequent touch with the company, the report said, adding that the release of the sailors could happen soon.

West African waters are the most dangerous for piracy, as of the 75 seafarers taken hostage onboard or kidnapped for ransom worldwide so far in 2019, the 62 were captured in the Gulf of Guinea – off the coasts of Nigeria, Guinea, Togo, Benin and Cameroon, according to IMB's half yearly report.

The 1997-built Paksoy-1 is a geared coastal freighter of about 9,000 dwt. It is the only vessel listed under Kadioglu's ownership in the Equasis database.