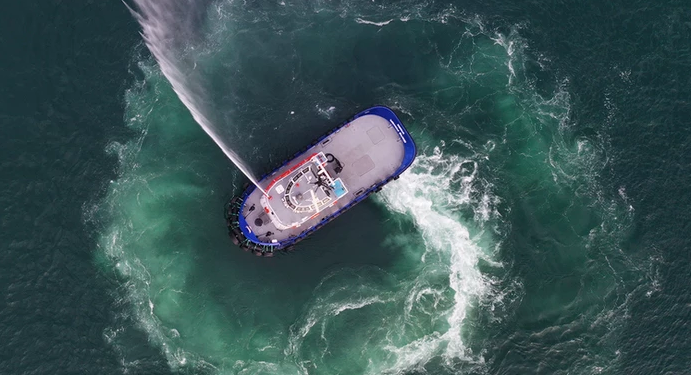 Navtek developed, designed, built, and delivered the ZEETUG Gisas Power in early 2020. The company says it is the world’s first rechargeable and fully electric-powered tugboat.

The vessel belongs to Gisas Shipbuilding Industry, a major pilotage and towage company in İstanbul.

More than a year and a half later, the company celebrates the proven performance of its technology with consistent results.

The tugboat is maneuvering ships in Tuzla Bay, Turkey. It has been running without problems for more than a year.

After delivering the first ZEETUG last year, Navtek also signed three more tugboat orders with Gisas for a further two sister vessels and one 45T BP ZEETUG. The vessels are due for delivery at the end of 2021.

The company is now working on extending the ZEE technology with alternative green fuels such as hydrogen. They reported they are currently in negotiations with a major worldwide tug operator regarding the development of hydrogen-powered tugs.

With the aid of the modular system, ZEETUGs can be custom built from 5T BP up to 80T BP.

The ZEETUG avoids around nine tonnes of NOx and 210 tonnes of Co2 per year, compared to similar tugs with diesel engines