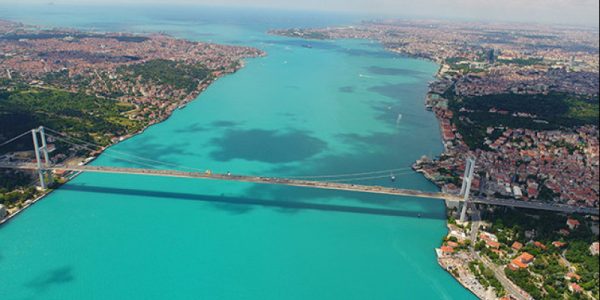 Turkey is ready to create a new the route for a planned canal, aiming to reduce shipping traffic on the busy Bosphorus Strait, in order to transform the European part of Istanbul into an island.

The work for this project, the Kanal Istanbul, which links the Black Sea and the Sea of Marmara west of the Bosphorus, will begin this year, the Turkish government said, adding that the project will be funded with public and private partnerships.

The new canal would not apply to the Montreux Conventions Regarding the Use of Straits which provides free passage to civilian vessels during peacetime.

The new canal will spread from the Durusu region on Istanbul’s Black Sea coast to Kucukcekmece Lake on the Sea of Marmara and it will be 25 meters (82 feet) deep and 250-1,000 meters (825-3,300 feet) wide, depending on where the docks are located, Reuters reports.

However, this plan has a number of critics, including the President of Turkey, Tayyip Erdogan, who called it a “crazy project”.

Furthermore, environmentalists and Istanbul’s Chamber of Geology Engineers are also opposed to the project, saying that the report regarding its environmental impact did not include important factors, which pose serious obstacles to the project.

The project can severely impact the climate and balance in the Black Sea and surrounding areas, and would decrease oxygen levels in the Sea of Marmara, the Chamber of Geology Engineers noted.