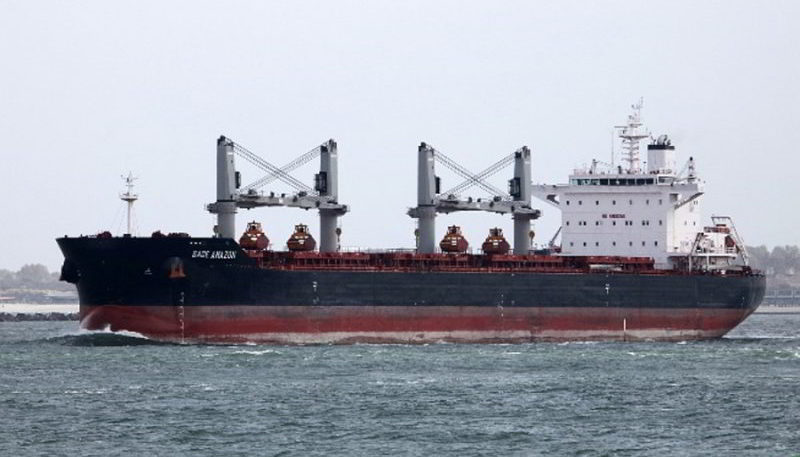 Canada's Transportation Safety Board (TSB) issued an investigation report on the Captain fatality onboard the bulk carrier 'Sage Amazon' while at the Port-Daniel–Gascons, in Quebec, in March 2018. The Captain's death was caused by a cardiac event that led to his fall from ladder.

On 17 March 2018, the master of the bulk carrier Sage Amazon experienced a cardiac event while standing on an access ladder of No. 3 cargo hold. He fell from the ladder onto the main deck, receiving serious head injuries. At the time, the vessel was anchored 3 nautical miles off Port-Daniel–Gascons, Quebec. Medical aid, including CPR, was provided on the vessel, but was unsuccessful in reviving the master. He was later evacuated to the hospital in Chandler, Quebec, where a death certificate was issued.

At 0730 on 17 March, the master and chief officer proceeded on the main deck to cargo hold No. 3 to verify the status of the work being carried out in the hold.

To look into the hold, they climbed up the access ladders located on the forward coaming. The master used the starboard ladder, and the chief officer used the port ladder. Both climbed as far as the second rung from the top of the ladder, a height of 1.5 m, from which they could look over the coaming and down into the hold.

At 0735, a muffled sound was heard and the master was seen lying unconscious on the main deck.

The back of the master's head was resting on the save-all, and his hard hat was lying on the main deck beside him.

The crew mustered at the accident site at 0740 and established that the master's condition warranted performing first aid. The chief engineer and the chief officer immediately began CPR.

At 0848, the MRSC Quebec contacted the fire department in Chandler, Quebec, which is listed as a local marine rescue unit, to transport an AED to the Sage Amazon using its rigid-hull inflatable boat (RHIB).

At 1118, two search-and-rescue (SAR) technicians were lowered down to the vessel. At 1120, the physician providing remote medical counselling recommended stopping CPR, based on the lack of response to CPR and the absence of any vital signs, and pronounced the master dead.

The master was pronounced dead about 4 hours after the cardiac event and subsequent fall.

An AED was eventually transported to the vessel and used, but, because more than 3 hours had elapsed since the master's fall, it was no longer of use.

Following the occurrence, the Republic of Liberia, the flag state for the Sage Amazon, conducted an investigation into this marine casualty incident and recorded the incident in its internal files for future reference and analysis.

Because the Republic of Liberia determined that the master's death was due to natural causes, a formal report of investigation was not produced under the IMO's Casualty Investigation Code. 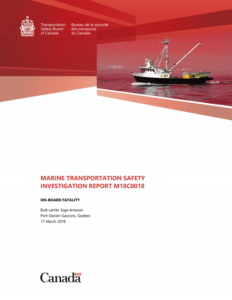