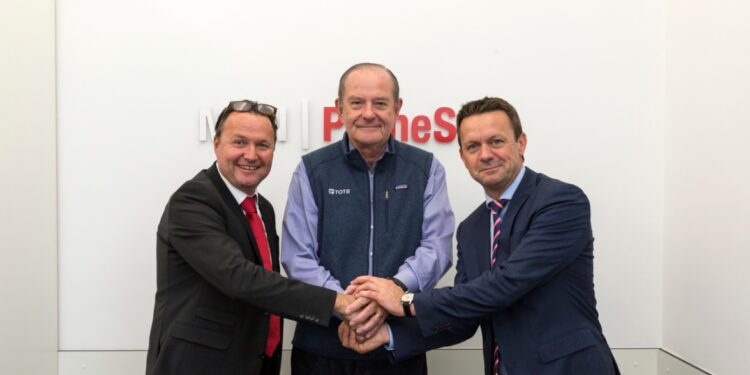 The ‘North Star’ and ‘Midnight Sun’ are currently both powered by 4 × MAN 58/64 engines and will be retrofitted to MAN 58/64 retrofit units.

The contract -signed in April 2017 and announced during the High Horsepower (HHP) Summit- covers the design, development and testing of a first-of-its-kind dual-fuel kit, which will serve as foundation for the largest LNG conversion in North America.

TOTE’s decision to retrofit the vessels to LNG is aligned with its plan to reduce the most harmful emissions that result from burning diesel.

KSOE expects hydrogen tankers to be commercialised between 2025-2027

“TOTE Maritime Alaska is excited to convert its fleet to LNG power which will result in a significant reduction in air emissions including particulate matter, sulphur oxide (SOx) and nitrogen oxide (NOx). This significant investment of time and money is a reflection of our commitment to the environment, our customers and the state of Alaska” noted Michael Noone, President of TOTE Maritime Alaska.

As both vessels operate in the area of Anchorage, Alaska and Washington, retrofit is expected to facilitate operation in American ECA zone, set in March 2010 by the IMO as an area in which stringent international emission standards.