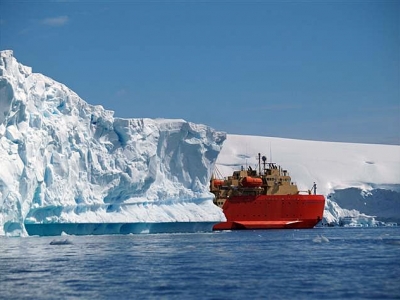 Next month marks the centenary of the sinking of the Titanic

Next month marks the centenary of the sinking of the Titanic. The disaster spurred maritime nations to start monitoring icebergs, so why are ships still hitting them?

Shortly before midnight on 14 April 1912, the Titanic struck an iceberg and sank less than three hours later. The tragedy galvanised world leaders to hold the first Safety of Life at Sea convention to address the iceberg threat.

With only visual sightings and a shipboard radio to guide the Titanic safely through iceberg-infested waters, the liner was ill-equipped to detect its nemesis.

The conference after the sinking resulted in the International Ice Patrol (IIP), which was assigned to monitor “Iceberg Alley”, the infamous stretch of ocean around Newfoundland. The IIP has been monitoring the area ever since, using aerial patrols and radar to determine the limits of iceberg danger, which they broadcast in a daily bulletin.

In the southern hemisphere captains rely on programmes like the European Space Agency’s Polar View for real-time iceberg detection via satellite imagery. 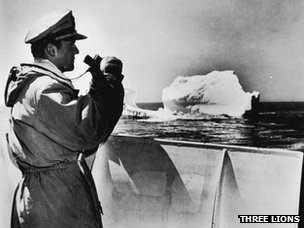 The International Ice Patrol at work circa 1950

But it still happens.

All of these advances could not prevent MS Explorer’s encounter with an iceberg on the evening of 23 November 2007. The 154 passengers had to abandon ship, floating on life rafts for several hours in icy waters. Everyone survived, but the incident was dubbed the “modern Titanic” in the New York Times.

Less than two months later another Antarctic cruise ship, the MS Fram, lost engine power and struck a glacier. The impact smashed a lifeboat, but the 300 people on board escaped unharmed.

Only last year an iceberg tore a hole in the hull of a Russian fishing boat cruising around the Antarctic. The 32-person crew threw cargo overboard to lighten the ship while waiting nearly two weeks for rescue.

There are no globally-collated figures for iceberg strikes, but they happen every year.

For the northern hemisphere, from 1980 to 2005, there were 57 incidents involving icebergs giving a rate of 2.3 per year, according to Brian Hill, of the Institute for Ocean Technology, who maintains a database of more than 680 iceberg-ship incidents.

And while considered less of a menace, iceberg strikes regularly happen in the southern hemisphere.

Antarctic areas have experienced a slight increase in collisions, according to Hill.

“People are pushing into these frontiers a little more,” he says. “Typically if you had an accident it would be in the North Atlantic in the shipping routes, that doesn’t happen quite so often now. It’s more in those remote areas.”

Many more cruises now head towards the Antarctic. The number of passengers bound for Antarctica have ballooned from a few hundred in 1969 to a projected 31,265 visitors for the 2012-2013 season, according to Steve Wellmeier, executive director of the International Association of Antarctica Tour Operators.

While most cruises won’t come close to areas where ice is problematic, captains still have to be wary, Wellmeier says. “They have to be on guard the same way that ships do that are crossing the north Atlantic. You had icebergs back in 1912, and you still have icebergs in 2012.”

The shrinking of the Arctic sea ice has also opened the door to increased commercial travel. Arctic shipping routes are growing and staying open longer, says Andrew Fleming, from the British Antarctic Survey. Captains can “shave off a considerable amount of travel time” by following the iceberg-studded Northern Sea Route, rather than heading south along the much lengthier Suez Canal route, he says.

“Just because the ice is shrinking doesn’t mean that it’s completely ice free, so you’re still going to get ice around those areas. Therefore, there’s still a risk, especially if you’re going to put lots of ships through it,” Fleming says.

The “onus” is on captains and shipping companies to weigh an Arctic shortcut with the increased chance of hitting an iceberg, according to Hill.

“If the Ice Patrol delineates the area within which there is ice, then somehow you have to persuade the captain. The shipping company is still very reluctant to go around the ice; this could add another 100 or 1,000 miles to the transit of the vessel and increase the fuel costs and time.

“That’s a chance to take, but by taking the shortcut through the ice they’re living with that risk of hitting something,” he says.

Ships are also spending more time in the iceberg-infested waters around Greenland and the Arctic in search of natural resources, such as minerals, oil and gas, Fleming says

“Even if you don’t increase the number of icebergs in the ocean, if you add more ships to the equation, then inevitably mathematics tells you the risk is going to increase.

Ships will have to contend with more ice coming off the coast of Greenland, according to Peter Wadhams, head of Cambridge University’s Polar Ocean Physics Group. The country’s glaciers are an Arctic iceberg factory, and they’re speeding up – producing more icebergs and smaller, more dangerous ones, at that, he adds. 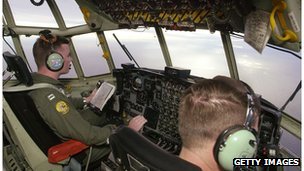 IIP flies over the North Atlantic looking for icebergs

These smaller icebergs, called “bergy bits”, are small enough to escape radar and low enough in the water to overlook. But they can still pack a punch.

“Ice is one tonne per cubic meter, so something that doesn’t look like very much can weigh thousands of tonnes and be enough to hole a ship,” Wadhams says.

Fleming would agree that the size of icebergs can present a challenge, especially when it comes to monitoring them.

“Icebergs can range from the size of Jamaica down to the size of a small car or the size of a piano, and you just can’t see those smaller bits that are floating around in the water,” he says. “You’re never going to be able to see every iceberg. It’s just an absolute impossibility.”

Then there’s the issue of sorting out the sea ice, which is frozen sea water, from icebergs, the bits of glacier or ice shelf that “knackered the Titanic”, Fleming adds.

For Captain David Snider, an ice pilot and navigator, the difference can be pivotal.

“If you were to hit an iceberg with a ship it’s like hitting a brick wall as opposed to hitting a bowl of porridge,” he says. “So we try and avoid icebergs at all costs.”

Helping ships steer clear of icebergs has been a priority of the International Ice Patrol since it was formed in 1913. Originally relying on reconnaissance ships, the IIP refined its methods over the subsequent decades to include radar, call-ins from passing ships and surveillance flights.

But captains aren’t required to heed the IIP’s iceberg warnings, and human error can override even the most precise instruments.

“If you’ve got a careless captain, then you can have an accident no matter how many technical aids you have,” Wadhams says.

“In theory there’s not as much danger from icebergs now because of radar and an International Ice Patrol to warn ships of iceberg-infested waters, but human stupidity remains the same, so it’s likely there will still be losses,” he says.

Even before the Titanic, the maritime community was keenly aware of the limitations of their technology, according to Hill.

“A lot of editorials and the shipping newspapers were decrying this foolishness of charging across the North Atlantic in winter full speed ahead, regardless of fog and ice. They were just waiting for an accident to happen, so in a sense there’s no surprise,” he says.

Thanks to radar technology, better education for mariners and iceberg monitoring systems, ship collisions with icebergs are generally avoidable, but the results can still be disastrous when they occur.

“These things are very rare. It’s one of those risks that are low frequency but high impact. So if it does go wrong, it goes badly wrong,” Fleming says.