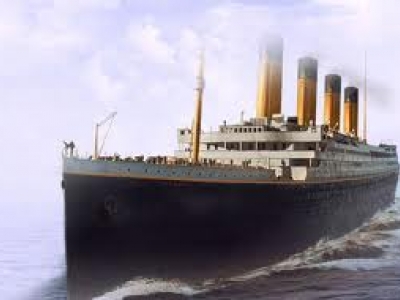 IMO Secretary-General Koji Sekimizu has issued a video message ahead of the anniversary on Saturday (14 April) of the sinking of the Titanic, remembering all those who lost their lives in the tragic accident, recalling the improvements to passenger ship safety introduced as a result of that incident and acknowledging the need for continual improvement and enhancement of safety at sea.

The text of the message is reproduced below.

“One hundred years ago today, 14th of April, Titanic struck an iceberg, while on her maiden voyage between Europe and the United States. Within a few hours, more than 1,500 people had perished in the freezing waters of the North Atlantic, transforming what was then the world’s most celebrated ship into a name forever associated with disaster.

Anchorages and Fatigue: The worst-case scenario?

“The Titanic disaster prompted the major shipping nations of the world, at that time, to take decisive action to address maritime safety. It led to the adoption of the first international convention on safety of life at sea, SOLAS, in 1914.

“International Maritime Organization can trace its own roots back to the Titanic disaster. In its aftermath, the requirement for an international standard-setting body to oversee maritime safety became apparent; and safety at sea remains the core objective of IMO.

“Today, in 2012, although much updated and revised, SOLAS is still the most important international treaty instrument addressing maritime safety. It now forms part of a comprehensive regulatory framework covering almost every aspect of ship design, construction, operation and manning. The spirit and determination of all those who have laboured to create this framework should be acknowledged and given credit.

“Over 100 years, we have seen tremendous improvements in the safety record of shipping.

“But new generations of vessels bring fresh challenges and, even today, accidents still occur, reinforcing the need for continual improvement. Our efforts to promote maritime safety and, in particular, to avoid such disasters befalling passenger ships as Titanic, will never end.

“Today, on the 100th anniversary of that disaster, let us remember those who lost their lives in the freezing waters of the North Atlantic on that fateful night of 14 April 1912 and reflect on the dangers and perils still associated with sea voyages today.

“I urge IMO Member Governments, and the shipping industry as a whole, to refresh our determination to improve and enhance the safety of passenger ships, today and in the future.”

You may see IMO video by clicking here.